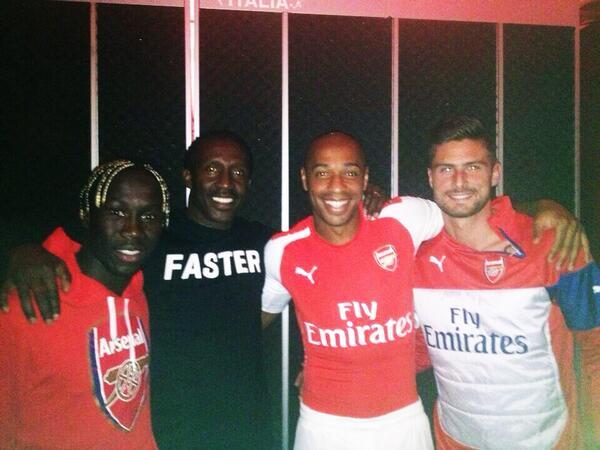 There have been several reports in the media that Puma will replace Nike as Arsenal’s main kit sponsors next season, though it has not been officially announced by the club.

The picture above has started doing the rounds of Twitter and so we thought to share with you. Bacary Sagna, Linford Christie, Thierry Henry and Olivier Giroud where Henry and Giroud appears to wear the 2014/15 Puma Arsenal kit. It seems like Henry is wearing the home kit while Giroud is showing off the away kit for the Gunners.

In other Arsenal news, midfielder Aaron Ramsey and manager Arsene Wenger has bagged the September awards for the Premier League’s best player and manager awards.