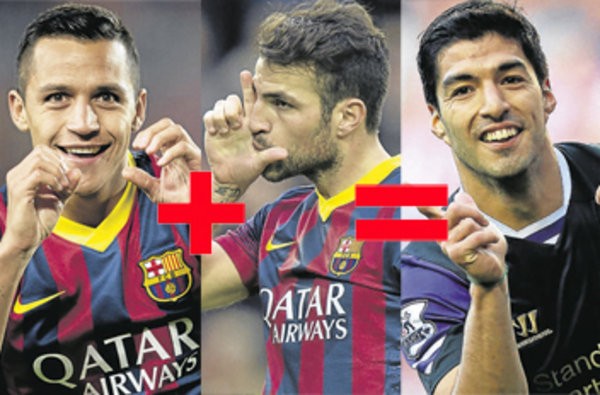 The following snippet from the newspaper shows that the Catalan outfit have got Suarez for roughly the cost of Cesc Fabregas and Alexis Sanchez, a figure which stands something in between €73m to €75m.

The report claims that Barcelona has managed to reduce Liverpool’s asking price by €20m. It comes as a substantial reduction thanks to what is believed to be a transfer clause in the striker’s contract if foreign clubs are interested to sign the player.

However the deal is yet to be made official and we will keep you updated on the recent developments.