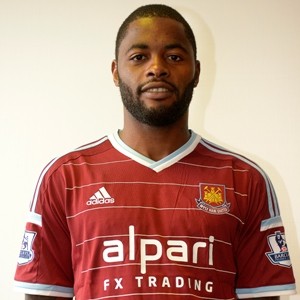 Barcelona midfielder Alex Song has rejected a chance to join Liverpool or Arsenal and has signed for West Ham United on a season-long deal.

The 26-year-old was linked with a return to the Emirates after leaving the North London club in 2012. In addition to this, Arsenal’s league rivals Liverpool were also in the frame in signing the Cameroon international before the deadline day.

Song has now completed his switch to Upton Park and has the midfielder has expressed his delight after returning to the Premier League. The former Gunners man admitted that it was important for his family to return to England.

“I’m very happy to be here and very happy to see the guys and the fans today and to start to do my job for West Ham United,” Song told West Ham’s official website.

“I think this is very important for me to be coming back to London to West Ham United, which is a club with ambition to build a new stadium and become a big club. I am very excited to be part of this project.”

“For me, when I was in Spain, I always said that if I was to leave one day I would return to the Premier League.”

“It was a very hard decision, because when you have options of a lot of clubs who are playing in the Champions League, but at the end of the day I chose West Ham because I wanted to come to the Premier League. This is a league which has given me a lot and I didn’t finish what I wanted to achieve here.”

“For my family too, it was very important, because my children and my wife wanted to come back to England. This is an opportunity to do that with West Ham and I just took it. I am very happy to be here and very proud to be part of the project at this club,” the midfielder added.