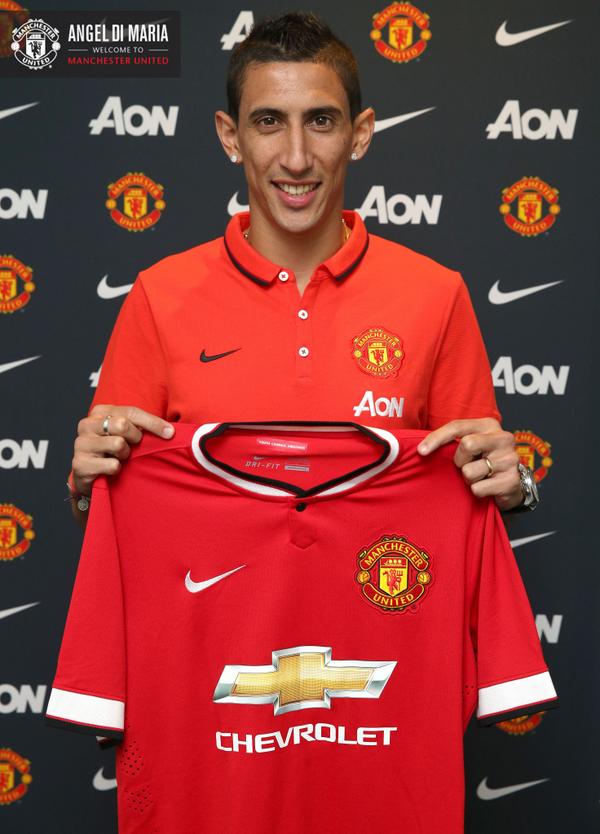 Manchester United have confirmed they have completed the signing of Angel Di Maria from Real Madrid.

The deal will see the Red Devils break their earlier club-record of £37.1m which they spent on bringing Juan Mata from Chelsea earlier in January. United will pay £60m to the Spanish giants and the money involved is sufficient to make it a British record fee.

“Angel is a world-class midfielder but most importantly he is a team player. There is no doubting his immense natural talent,” Van Gaal told United’s official website.

“He is a tremendously fast and incisive left-footed player who puts fear into the most accomplished defence. His dribbling skills and his ability to take on and beat opponents are a joy to watch. He is an excellent addition to the team.”