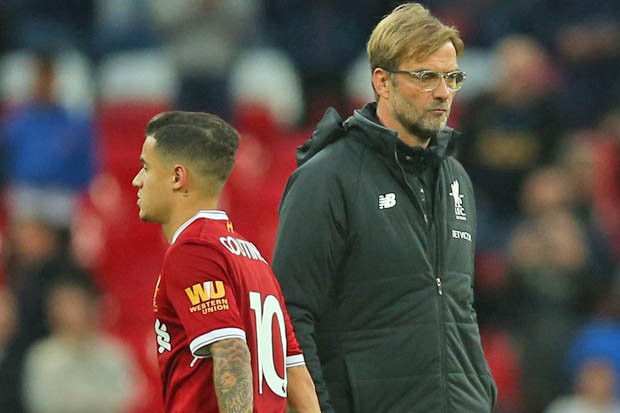 As stated in a previous article, it seems that at Liverpool they are not seriously interested in winning the Premier League title and they just operate to please the crowd and enjoy the ride. But a club that has spent 28 years without that trophy cannot be so oblivious to the reality in front of their eyes.

A team that wants to be considered again one of the top candidates in its country cannot be harassed the way Liverpool was over Philippe Coutinho’s transfer. A big club may sell their biggest players, that’s not a rarity in football and may happen for a number of reasons, but not over a saga that involves a more powerful club perennially distressing them about the sale.

Have you ever thought why Barcelona was so focused in signing Coutinho and perhaps no other good attacking player in the Premier League? Just because they know Liverpool are “weak” and the chances they had to sign that player were bigger than if they had attacked a star at Manchester United, Chelsea or Manchester City. It happened almost four years ago with Luis Suárez and why not to give a go again?

Barcelona is a top club in Europe that has had some of the best players in the world over the last three decades, but they have a problem: they never signed a super star player from another super star club. All their golden footballers (Ronaldo, Rivaldo, Ronaldinho, Xavi, Iniesta, Eto’o, Messi, Henry, Neymar, Suárez) have come either from teams not in the European elite or the youth academy.

The closest they have been to poach a top player from a top club is perhaps Zlatan Ibrahimovic after they won the treble in 2009, but that happened just the season before Inter Milan won their own treble and briefly entered in a higher strength tier in continental football. At that time Inter was still just ‘another Liverpool’ or ‘another Arsenal’.

For example, the signing of a Zinedine Zidane, a Ruud van Nistelrooy or a Cristiano Ronaldo, all at their prime, from powerhouses like Juventus or Manchester United never happened at Can Barça.

Of course at Liverpool they are interested in keeping their best players, those that have adapted to their playing philosophy and can guide them to be crowned champions again, but the image the club is portraying is that of an easy pray fearing predators higher up in the signing chain.

When Liverpool make themselves respected and not bullied over a player transfer then they will be in a better position to fight for the Premier League title. Curiously perhaps only winning the title will help them gain that respect.

Alejandro Pérez is a Premier League journalist, commentator and the author of the book ‘More than 90 minutes’ available here.