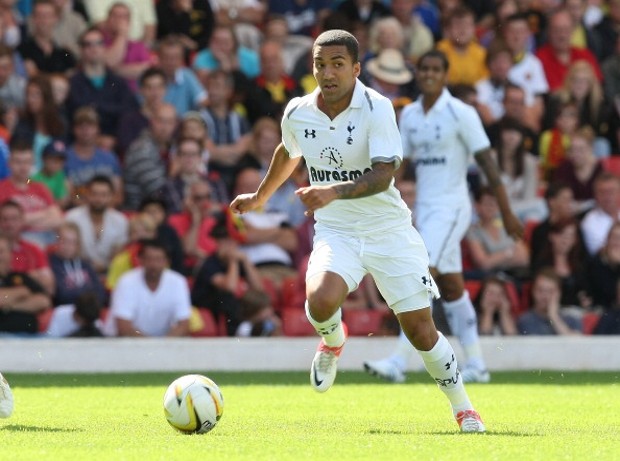 When news of Aaron Lennon’s getting detained under the Mental Health Act by police over concerns for his welfare broke out, the footballing world largely expressed sympathy and concern. He is currently receiving treatment for the stress-related illness with the support of his family, friends and club.

Following this news, the PFA revealed that a growing number of footballers are using a dedicated service it provides, to help its members’ mental health. Clubs are also known to hire psychiatrists to also help the players deal with pressure and stress.

Michael Bennett, the PFA’s head of welfare, said, “”We put a player welfare department in place in 2012 because I felt a lot of onus was being placed on the physical aspect of players playing football and not enough on their emotional side, and I think the two go hand-in-hand.s

“Last year we had 160; of which 62 were current players and 98 were former players, and that is growing year-on-year.

“Key for me is making our members aware of what is in place and the more we raise awareness, the more people will use the service”.

The stigma around mental health is real, something that was revealed in a rather insensitive tweet from one of the leading media houses in England. 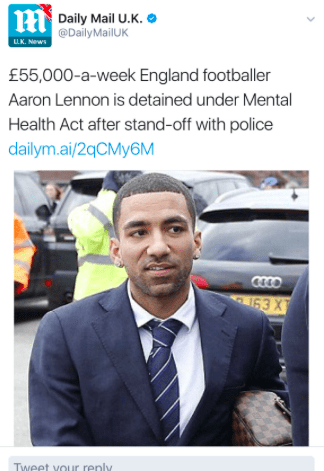 After facing a lot of backlash from what was a vile choice of words, they were forced to deleted the tweet.

Mental health issues should be treated the same way and with the same seriousness as any physical health issues. The traditional mindset that a man suffering with depression or stress is ‘weak’ is holding footballers back as well. People need to talk about their own experiences to ensure this does not remain a taboo topic. Although forced, Aaron Lennon’s recent incident has forced footballers to open up and talk about mental health being an incredibly important issue, one that needs to be dealt with empathy and seriousness.