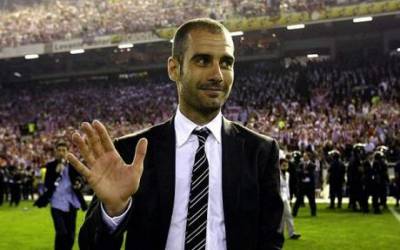 The self claimed Special One was where he loves being, the focus of the event, more important that the players and the match itself.

Mourinho had assured us we were going to be seeing the two best sides in the world take to the pitch in what could be decisive in the battle for the La Liga title, and its still November.  Madrid, had over €300 million of playing talent at their disposal including, Cristiano Ronaldo , the most expensive player in world football with a record for Real of, player 41 and scored 40.

The two biggest sides in Spanish football would surely contest a tight contest of glittering football.  One team did dazzle and it was Barca.

They delivered to Mourinho the largest defeat in his managerial career.  The man known in Catalunya as the Translator, left this cavern of a stadium after seeing his side destroyed, 5-0 by the reigning champions.

Mourinho is the fourth man to manager Real since the summer of 2008, when Barca appointed Pep Guardiola.

Guardiola’s record is nothing but impressive.  2 La Liga Championships; 1 Copa del Rey; 1 Spanish Super Cup; 1 UEFA Super Cup; 1 FIFA Club World Cup and 1 Champions League (the trophy that Madrid obsess over).  Add to this the heads of three Real managers and a record of played five El Clasico’s, won five.  He has an aggregate score over these five games of 16-2, to his side.  And these are the games between, what are the richest and most powerful two clubs in the Spanish League.

Perhaps the top two really are a top one.