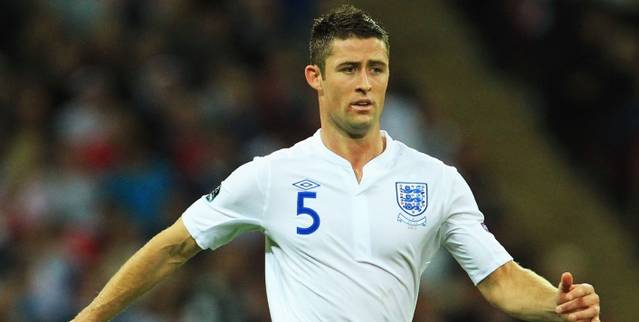 As Roy Hodgson rolled out the simultaneous praise and justification for England’s drab, hard-earned draw against Ukraine on Wednesday, there was really only one man who could say that his performance in Kiev was befitting of his splendid start to the new season. Gary Cahill is not one to partake in the blowing of one’s own trumpet; but the 27-year-old fully deserves the plaudits he has received for some outstanding displays of late for club and country.

Cahill has started and finished every one of Chelsea’s opening four games, and was a veritable human shield against a vibrant Ukraine side who were full of invention, but lacked a crucial cutting edge. The former Aston Villa and Bolton man has stood up strong in the face of adversity; not only against the likes of Manchester United and Bayern Munich for his club, and the uncertainty of another English qualification year, but also against a backdrop of intense competition, both domestically and internationally, over a number of years.

Since the departure of Rio Ferdinand, and Chelsea teammate John Terry from the international scene, Cahill has consolidated his status as England’s number one centre-back. After years of playing the understudy to some of England’s best defenders of the modern age, Cahill has seen his patience pay off, and he has grasped his chance in the England setup with both hands. Displaying raw passion and drive at the heart of the defence, while also exhibiting genuine confidence with the ball at his feet; Cahill has pushed the boundaries of what has been expected of him.

Brought in to the club in the January transfer window in 2012 for a £7m fee, Cahill was to be a stop-gap defender in a world class segment of the Chelsea squad. The Englishman turned out to be one of the clear highlights of the doomed reign of Andre Villas-Boas at Stamford Bridge. With Terry, David Luiz, and Branislav Ivanovic already plying their trade at the club, Cahill entered a competitive environment unlike any other he had experienced; and he thrived from it.

Playing a key role in both of Chelsea’s European triumphs over the last two seasons, Cahill has seen his stock rise dramatically in a very short space of time.

A consummate professional, Cahill has his feet firmly planted on the ground; and he knows the importance of grafting hard, and earning your place. He is his own worst critic, and has a tale or two to tell about sleep deprivation following a moment of misfortune at the back. Drawing from the Jose Mourinho book on defending, Cahill knows the secret to improving one’s game, and swears by it,

“It’s never going to be the case that every time you go out you’ll keep a clean sheet and make no mistakes. It’s about limiting those mistakes because as a defender you know you’ll get punished for them,” Cahill told The Daily Telegraph on the eve of England’s World Cup Qualifier against Moldova last week.

“I’ve improved as a player, certainly playing with England and Chelsea, with top-class players and managers. I’d like to think the mistakes have become a lot less now.”

So far, Jose Mourinho has given Cahill the security of a starting berth at Chelsea, and this looks to continue despite the return of David Luiz from injury. Such is the state of play at Chelsea that the bouffant-haired Brazilian was rumoured to be departing the Bridge over the summer; something that would have been unthinkable only a few months ago.

Mourinho instils belief in his players with a ferocity unlike any other manager around at the highest level. A risky game at times, as the collateral damage can be high, with the ‘Casillas debacle’ at Madrid a prime example of how Mourinho’s man-management style can be as equally selective, as fervent.

Juan Mata and the aforementioned David Luiz have been placed on uncertain ground, if the reports are to be believed; with the Portuguese looking to place added responsibility and security to the games of Cahill and Eden Hazard.

In Hazard, Mourinho sees boundless attacking potential; and in Cahill, the possibility of a new John Terry.

While possessing more mobility than the former England captain, but not as swashbuckling as David Luiz, Cahill represents an equilibrium between the two contrasting styles of defending. With a degree of pace, considerable strength in the air at both ends of the pitch, a reasoned mind, and an eye for the spectacular, Cahill is an amalgamation of some of the best traits to be had in a centre-back.

Not without his faults, Cahill has some way yet to be considered to be in the top bracket of defenders. He is however, clearly benefiting from the faith placed in him from both Mourinho and Hodgson, and he will surely continue to progress under the stewardship of the two men. By that same token, both England and Chelsea are reaping the rewards from the faith Gary Cahill has placed in his ability to flourish under pressure.