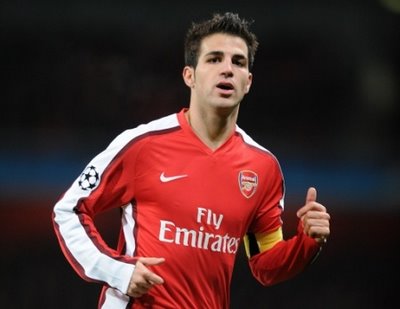 Liverpool are only six points away from getting crowned as the Premier League champions following what has been a very incredible campaign, and while the coronavirus pandemic has put a hold on football, hence delaying their inevitable coronation, there is no denying that Jurgen Klopp’s men have been a different beast this season.

The Reds narrowly missed out on the title last season but made up for it by winning the Champions League, and former Arsenal skipper Cesc Fabregas has praised them for hiring the German manager.

The midfielder believes Liverpool hit the jackpot by doing so, and he claims they did an outstanding job by giving him the right players and time needed to build something very special.

Outstanding club that hit the jackpot hiring Klopp and giving him the right players and time to build something very special. https://t.co/RuQl65jG7w

While they may not know it, Fabregas has just told Arsenal what to do to become world beaters like the Anfield outfit, and doing so could yield plenty rewards.

Gunners boss Mikel Arteta doesn’t have plenty of experience, but he has learnt under one of the best tactical minds in the game and he has the potential to turn the North Londoners into a force to reckon with once again with the right support.

Liverpool gave Klopp the right players and time, and Arsenal must do so with Arteta.

The current Arsenal squad doesn’t have enough quality to challenge for the title, with their top-four credentials not particularly improving thus far, and something close a major overhaul is needed in the subsequent transfer windows.

Gunners legend Perry Groves urged the Spaniard to get rid of David Luiz, Shkrodan Mustafi, Sokratis, Mesut Ozil, Granit Xhaka, Calumn Chambers, and on-loan duo Mohamed Elneny and Henrikh Mkhitaryan, and doing that and bringing in quality replacements could be the start of a process that will see Arsenal become title challengers once again.