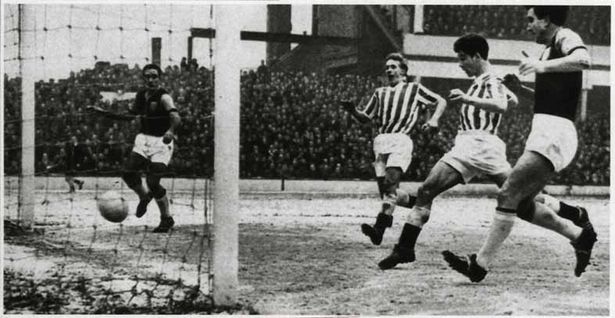 On this day in 1957, ten-men Charlton Athletic recorded one of the most incredible comebacks in the history of the game against Huddersfield Town.

Played in front of 12,535 fans at Charlton’s home turf, the Valley, the hosts were dealt an early blow in the Second Division fixture. Captain and centre back Derek Ufton landed awkwardly on the ground and dislocated his shoulder just 17 minutes into the match. With substitutions still an alien concept, Charlton were forced to play the rest of the game with ten men. Huddersfield profited from their numerical advantage by taking the lead in the 27th minute through Les Massie.

Alex Bain made it 0-2 before half-time. Many Charlton fans headed home during the break as a 0-2 lead felt unassailable with just ten men on the pitch. The Addicks manager Jimmy Trotter decided to change his approach to the game by moving left winger Johnny Summers to centre forward. This seemed to work as Charlton scored through Summers two minutes into the second half.

The joy was short lived, however, as Huddersfield scored two in quick succession through Bain and Bill McGarry. Bob Ledger made it 1-5 with just half an hour left to play.

This is where the game turned on itself. Charlton scored two in as many minutes to make it 3-5, Johnny Ryan netted one while Summers got his second of the game. Summers completed his hat-trick few minutes later to make it 4-5. Trotter’s tactical shift continued to pay its dividends as Summers scored his fourth and fifth of the match to give Charlton the lead for the first time by making it 6-5. Ten men Charlton had scored five goals in the space of 18 minutes, the last three from Summers in just eight.

But there was more drama in the game. Huddersfield got an equaliser through Stan Howard with just four minutes remaining on the clock. The scores were locked at an incredible 6-6. With just seconds left, Ryan scored past Huddersfield keeper Sandy Kennon to win the match for Charlton.

The ecstatic fans invaded the pitch at full time and carried the team off the field.