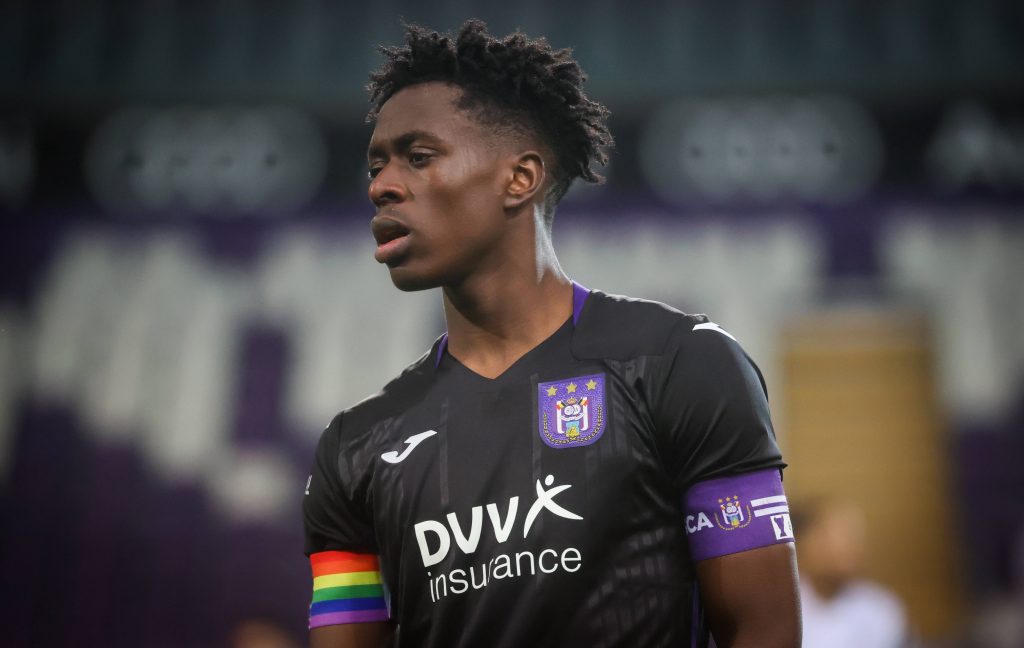 Arsenal have announced the signing of midfielder Albert Sambi Lokonga from Belgian club Anderlecht on a long-term contract.

The Belgian has reportedly joined the club on a five-year deal after the Gunners agreed an initial €17.5 million with the Belgian giants.

The deal could rise to €21m with performance-based add-ons involved.

A statement from the club’s official website read: “Albert Sambi Lokonga has joined us from Anderlecht on a long-term contract.”

Lokonga has yet to make his international debut for Belgium, but he was part of the squad in the lead-up to the European Championships.

The 21-year-old is a defensive midfielder by trade, but he can also link up with forwards and is not shy of taking shots from outside the box.

He made five goal contributions from 33 league outings last term and is reportedly considered a long-term prospect for the Gunners.

The club are also eyeing another experienced midfielder this summer, and they have recently been linked with Ruben Neves and Manuel Locatelli.

Long-term target Houssem Aouar has also been associated regularly, but reports claim that the Gunners are no longer interested in signing him.

The Gunners have made two signings thus far in Nuno Tavares and Lokonga. They are expected to announce Ben White’s arrival by the end of July.

He is currently on vacation after his involvement with England at the European Championships. He is scheduled to undergo his medical on July 26.

Read: Arsenal’s pre-season friendly against Inter Milan could get cancelled.