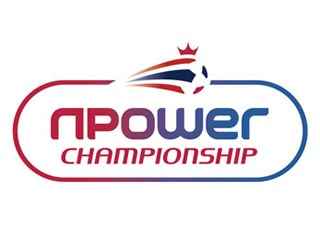 The 2011-12 Championship league fixtures have come to an end and finally the automatic promotion positions have been confirmed. However, at the other end of the table, the relegation picture had been clear for some time. The bottom three teams can now begin preparation for a spell in League 1.

Below are the final league positions that really matter:

Reading claimed the Championship title over a week ago, following a 2-2 draw with Crystal Palace. The Royals boss, Brian McDermott, held back the tears as he watched his side lift the trophy for the second time following the achievements of Steve Coppell’s side in 2005/06. Following Reading’s heartbreak in last season’s Play-off final, the fans will be delighted with their clubs return to the top flight, after a four year absence.

Yesterday, Southampton were promoted to the Premier League after beating Coventry City 4-0, ending their seven-year exile from the top flight. The comprehensive win, completed a fairy tale rise under manager Nigel Adkins which has seen the team transform from a League 1 outfit into a team fit for the Premier League. The promotion is their second in succession, after rising from League 1 last term with a second-placed finish, behind champions Brighton & Hove Albion. Clearly this a remarkable achievement for Adkins team, hopefully this form can be carried into the top flight next season.

Chances of Survival in the Premier League

This season, the promoted Swansea, Norwich have drastically exceeded expectations. Both teams sit in mid table positions, a situation they could only dreamed of 12 months ago. No doubt, Reading and Southampton will look to emulate this success. Both teams have the advantage of large financial backing. I expect both managers will look to bring in new talent once the transfer window opens in July. However, this alone will not ensure their survival come next term. QPR have been a clear example of this, despite amounts of spending, the London club have struggled for points this year against other top division teams. McDermott and Adkins will look to sustain the core of their team, whilst bringing in a few quality new players. The likes of Adam Lallana and Rickie Lambert will be vital for the Saints next season, whilst Reading will rely on Harte, Kebe and various other key players. As long as both teams move positively into next season’s fixtures, playing their own style of football, I’m confident they will do well.

This season the play off finals will be a very tough contest. The road to Wembley now begins as Blackpool, Birmingham, West Ham and Cardiff will battle for the final chance of promotion to Premier Division.

West Ham United had to settle for third place even as a Carlton Cole brace sank Hull 2-1 at Upton Park in the final league game of the season.

Cardiff City wrapped up the final Play-Off spot, but made their fans sweat first before beating Crystal Palace 2-1.

Whilst, a 2-0 win, against Reading on the final day, lifted Birmingham into fourth place above Blackpool, who were held 2-2 at Millwall.

Personally, I would love to see Blackpool back in the Premier League. Ian Holloway is such an entertaining manager and this is even seen by the way his teams play on the pitch, pure attacking football! The Seasider’s were unlucky to be relegated a year ago as they suffered defeat to Man United on the final day of the season.

However, West Ham are the side most likely to go up. Sam Allardyce has arguably the strongest side of the six. The Hammer’s fans will be expecting play-off success.

Coventry and Portsmouth were both relegated to League 1 after losses last weekend. For Portsmouth, relegation is the latest chapter in a turbulent recent history and in a season in which the club has endured administration and a 10-point penalty. While it has been 29 years since the south coast club were in the third tier, Coventry, another club with off-field issues, were last in the old Third Division in 1964. Meanwhile Doncaster finished bottom of the league with just 36 points.

However, it’s not all doom and gloom for these sides. In the last 5 seasons, many clubs have displayed the resilience to bounce back from relegation. Both Norwich and Southampton are the good examples of this. These sides have won consecutive promotions and now find themselves playing in the Premier League next season. If Portsmouth can sort out their financial issues I’m sure they will take a similar course. The clubs prestige and history will be enough to keep them afloat and see them through a tough year in League 1. Leeds, Charlton and Sheffield United are further examples of clubs that have ended a period of decline. These 3 teams have all recovered following a short spell in the lower leagues. They now find themselves climbing back up through the divisions. There’s no doubt fans of the newly relegated sides should be optimistic going into next season.