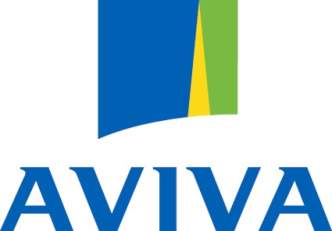 In the modern day professional football can set a poor example for our children, with cowardly and unsporting behaviour seemingly the norm at all levels throughout the game. With England captain John Terry under investigation by the FA for supposedly racially abusing Anton Ferdinand in a recent English Premier League game, role models and the ethics of hard work, fair play and determination can sometimes be lacking to the untrained eye.

However, Premier League new boys Norwich City and their shirt sponsor Aviva have instilled a sense of pride and honour back into the game. This weekend’s fixture against Arsenal at Carrow Road will see the Canaries don the logo of Railway Children, the national charity that seeks to help underprivileged and homeless youths on the streets of Britain.

It is the fourth year running that Aviva have offered up their shirt sponsorship to a charity for a high profile fixture, asking for nothing in return. Due to Paul Lambert’s side’s recent promotion, this will be the first fixture in the Premier League that a charity’s logo or crest has been worn in a one-off fixture.

Railway Children reveal that up to 100,000 people under the age of 16 run away from home every year, with one in six of these forced to sleep rough. The cause is geared to do all it can to help, and chief executive Terina Keene is grateful for the added exposure the game will bring.

“Having survived a difficult home environment, many young runaways have lost their trust in adults and see the streets as their only alternative if they feel they cannot live at home any longer. Faced with limited choices and not knowing where to turn, many end up living alone on the streets, where they are at risk of violence, sexual abuse and drug or alcohol dependency.

“We fight for children living on the streets everyday, and we are delighted that Norwich City, through our partners Aviva, have embraced Railway Children and our cause so wholeheartedly. This game will provide a much needed boost to Railway Children’s work across the UK, by raising awareness of the issue, as well as much-needed funds.”

With the game being against one of the English top flights’ best and most heavily supported teams in the form of Arsene Wenger’s men, and the match aired live on Sky Sports, the act of generosity should bring some much need exposure to the men and women who endeavour to help people that are short of options in life.