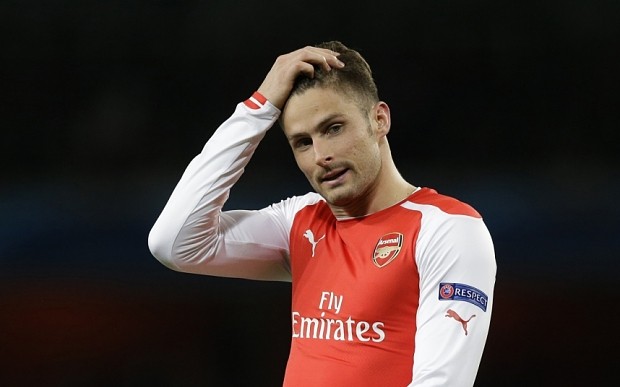 The North London derby on Sunday between Arsenal and Tottenham Hotspur was, to the neutral viewer, a real treat. The game was played at a very good pace throughout, and even though the home side weren’t at their absolute best, Spurs produced a truly fantastic display. The visitors took the lead 10 minutes before the break through Harry Kane and looked in control for the opening part of the second half as well. An inspired substitution by Arsene Wenger with around 15 minutes left to play, made the difference. The most unlikeliest of saviours in Kieran Gibbs was brought on and the Englishman scored just a couple of minutes later. It was his first goal in three and half years in the Premier League, and set up a grand-stand finish. Neither side though, was able to force the issue in the closing stages and settled for what in the end was a well-earned draw for both teams.

The man in question with regards to this article is the man up front for the Gunners – Olivier Giroud. With Danny Welbeck and Theo Walcott both injured, the Frenchman was the only go-to individual for Wenger. Giroud’s scoring record over the years has been very impressive indeed. In less than three and a half seasons since his move from Montpellier, he has netted 66 times in all competitions for Arsenal. Coming into this week’s round of fixtures, he also had the best minutes-per-goal ratio of any player in the Premier League.

Olivier Giroud has the best minutes per goal ratio of all Premier League strikers this season. pic.twitter.com/uctRUwWNZl

Despite those numbers though, the fans are very much divided on their liking for him. The reason for that is quite simple. Giroud may get goals on a regular basis, but he displays a severe inability to come up with the goods everytime it matters most.

Giroud is very much capable of the spectacular, as he indicated against the likes of Crystal Palace and Bayern Munich this season. He also though, is capable of missing chances when it is easier to score. The worst part is that more often than not, his bad days co-incide with a fixture of supreme importance. The most glaring example is his performance against Monaco at the Emirates in the Champions League round of 16 tie last season. Giroud missed easy chance after easy chance as the Gunners succumbed to a shock 3-1 defeat, en route to elimination a couple of weeks later in France. The striker therefore chooses the worst occasions possible to have a miss-strewn outing, the ones that will live long in the fans’ memory.

Yesterday was another example of this. With the score at 1-0, Spurs seemed to be in control but Arsenal had a couple of very good chances to get back into the game. Both these opportunities came in the form of headers for Giroud to convert. The first one was admittedly harder, as he was at full-stretch trying to meet a Mesut Ozil free-kick. In the end, it was a very good effort as he hit the top of the crossbar.

The second one just a few minutes later though, had goal written all over it. Ozil was the provider again, this time with a corner, and the ball found the head of a completely unmarked Giroud 6 yards from goal. Inexplicably, he missed the target altogether. 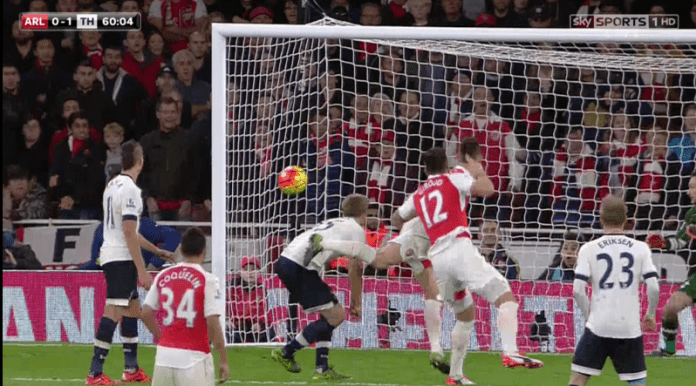 The game had over an hour to go at this stage, and an equaliser for Arsenal would have turned the tide completely. As it turned out, the leveller came 20 minutes later and the hosts didn’t have enough time to find the decisive second goal.

There is no doubt about the fact that Giroud is a very good striker who can score goals on a consistent basis. But, he is not the man to win Arsenal titles. Manchester City had only managed a draw earlier in the day and a win for the Gunners would have put them at the top of the table. To win leagues, the Gunners need to take advantage of opportunities like yesterday.

If you look at the great strikers they have had over the years, the likes of Ian Wright, Thierry Henry, Dennis Bergkamp and Robin Van Persie, there is one thing in common. All these individuals were killers, and chose the right moments to stand up and be counted. They also had great scoring records statistically, but they managed to find the back of the net at pivotal stages in pivotal matches. 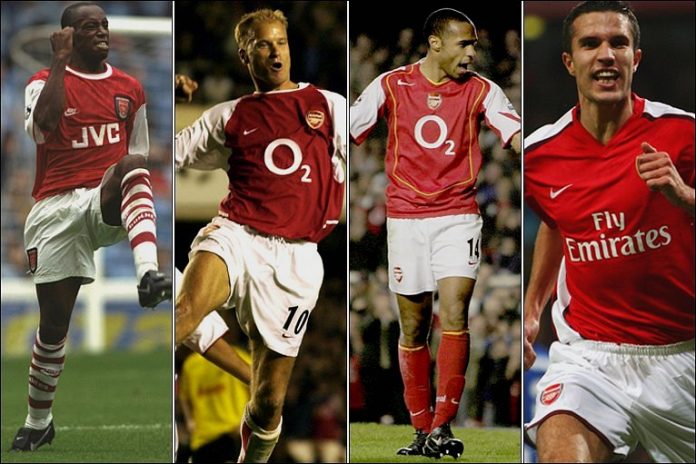 In conclusion it can be said that while Arsenal have three good strikers at the club, what they need now is a world-class forward. With supply from the likes of Alexis Sanchez, Mesut Ozil and Santi Cazorla, the front man should easily be scoring 25-30 goals in all competitions every season. Giroud is clearly not that man.

Wenger did not go out and get a striker in the summer and injuries have put him in a slightly sticky spot now. This season is Arsenal’s best chance to win their first Premier League title since 2004 and if they fail to do so, the manager is sure will surely regret that decision.