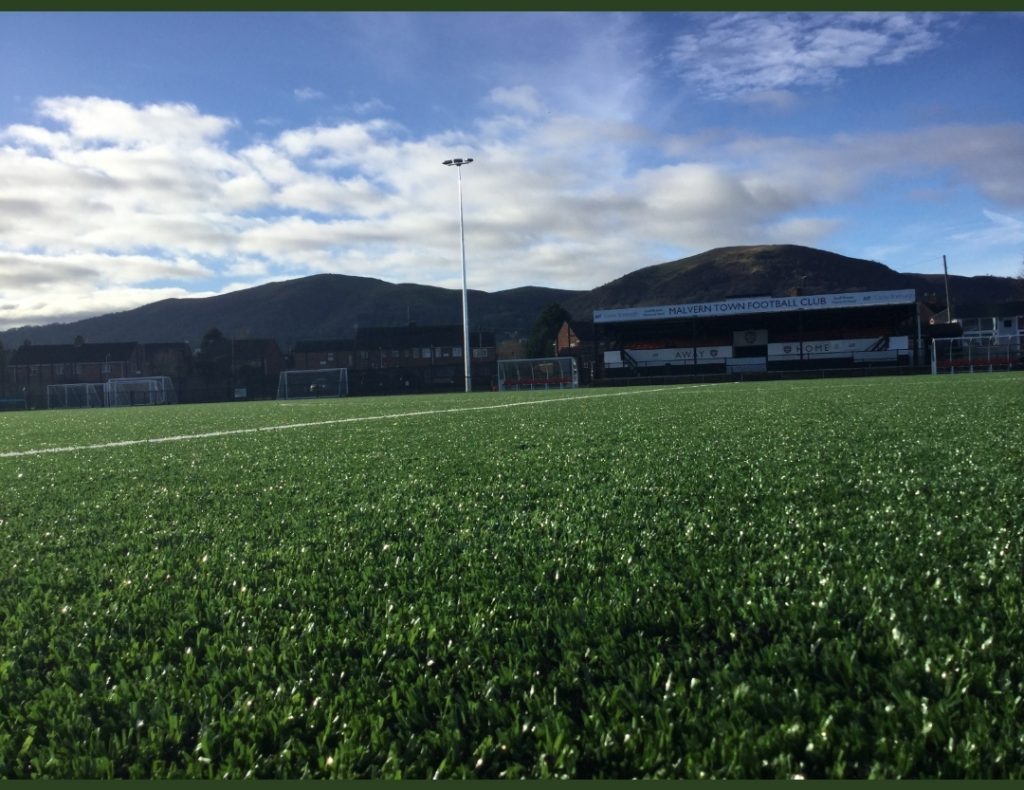 Non-league football isn’t everybody’s cup of tea. However, the popularity is growing in towns and cities all over the country.

One such town is where I live… Malvern. Like many other town’s it has it’s issues. In the shadow of the Malvern Hills, a town famous for water, Morgan Motors, and Edward Elgar, there is a football club appropriately nicknamed ‘The Hillsiders’.

Six-years ago, like many others, Malvern Town faced extinction. Unlike bigger clubs that have the same fate, only a small band of people really cared about the club’s destiny.

Crowds had dropped to a level unsustainable to keep the club afloat. Despite some success, it felt as if too much of a gamble had been taken to reach the heights of step-four in the non-league pyramid.

The club were relegated back to step-six, with financial issues that threatened to sink the club that had been in existence since 1946.

Then along came a local businessman, Chris Pinder. A man with a vision to carry the club forward. First of all it was about securing the club’s future, making sure the ground was accessible to move forward. The last thing anybody wanted was for the hallowed turf to end up as a housing estate. In all fairness the local council were far more accommodating than many others across the country.

Pinder is not involved for the money, it’s all about the community, and the love of the beautiful game. The club are officially run not for profit.

With the club’s future secure, Pinder worked alongside a board, volunteers, and fans to plot a successful progression. Five years on, the club still ply their trade at the same level. However, part of the dream has already been achieved. A new 3G pitch was installed last year. Other vital improvements, including a new changing room, partly paid for by fundraising has been erected. Through the blood, sweat, and I dare say a few tears, the hard work by those that care has made the experience of a day at the HD Anywhere Community Stadium thoroughly enjoyable.

On the pitch, the club have an array of talent. A mixture of youth and experience, all of the players wear the shirt with pride. Town currently sit in a promotion place in the Hellenic League Division One West, with a great chance of going up this season.

AWARD WINNERS: We have won the @HellenicLeague Division One Team of the Month award for December following four League wins during the month in which we scored 23 goals.

Congratulations to all involved… pic.twitter.com/17V0xI2ivg

Crowds have continued to rise to an average of 187. To put that figure into perspective, it’s at least double that of any other club in their division. And also higher than any club in the level they feed into, the Hellenic League premier division.

Give it a go

The point of what I’m saying is that there’s probably a jewel in the crown in your local town. Many people have been priced out of football at the highest level. There are clubs near you who would welcome you with open arms. An affordable enjoyable day out for a fraction of what it costs to watch premier league football.

Ok, you’re going to be part of a few hundred at best, in contrast to thousands. But the commitment and desire shown by the players is second to none. I’m a premier league fan, and still get to watch my club on occasions, but that doesn’t stop me contributing to the future of my local club. A club is built around communities, your community, your club.

Happy New Year!! Here's to a great 2020 for VAR free local 'proper' football where you can get involved, chat to the players and make a difference rather than just watch a game and go home.
Come and join us, the no 1 forum for all nonleague discussion: https://t.co/TFHUzcOfQl