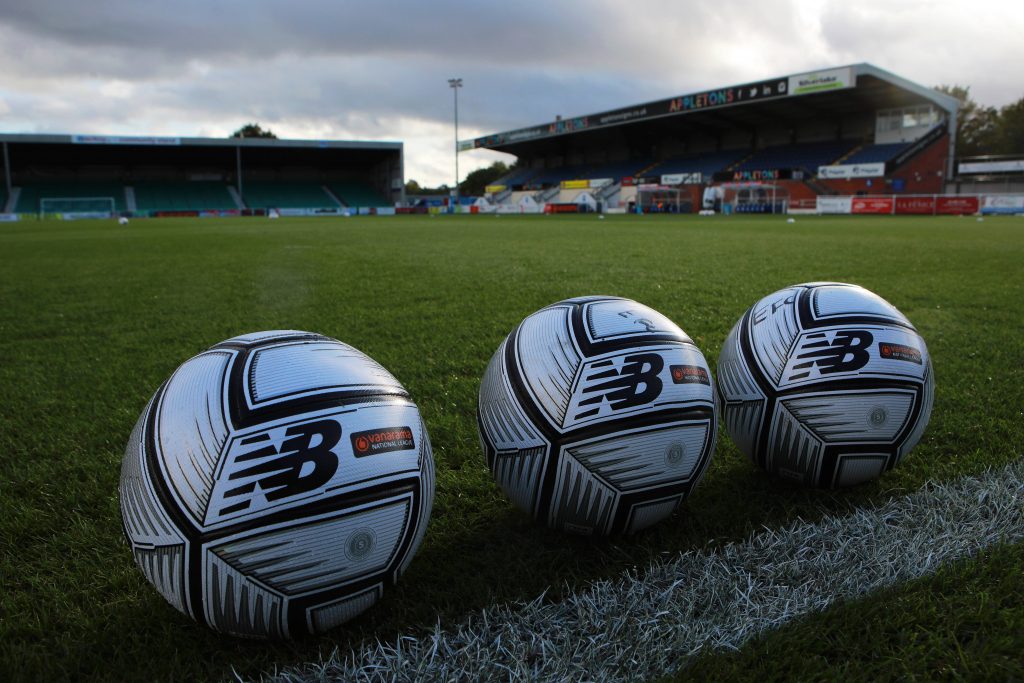 ‘Non-League’ is an umbrella term used to describe all football outside of the top four divisions within England and Wales, or out of the top 92 clubs each season in other words.

Each different level of non-league is known as a ’Step’, with each of these steps having a varying number of leagues within it.

In truth, there are far too many steps to reference in just one article. However, to provide a small idea of the different levels, we’re going to take a look at the first five steps of the non-league football pyramid and profile a club who currently lie within each of those.

We start at the very top of the non-league pyramid and, to be honest, it’s the easiest one to explain as there’s only one league within ‘step 1’ – the National League – formerly known as the Conference.

From this league, two teams each season earn promotion up into the football league and League Two. One of these is the title-winners, so go up automatically, and the other comes from a play-off system which is more complex than those in the EFL.

One of those clubs who may end up in this season’s play-offs is Torquay United, down in the South-West of England and currently managed by the experienced Gary Johnson.

As with numerous clubs in the National League, ‘the Gulls’ were previously a long-standing Football League club but fell from grace amid financial issues.

Torquay were relegated in 2007, and though a short EFL stint has followed since, they have also dropped even lower than the National League.

At the time of writing, Johnson’s side are in second place in the league table and sit three points behind leaders Sutton United with two games each to go. Automatic promotion and the title are still possible, but not in Torquay’s hands.

Down into ‘Step 2’, and it’s still relatively simple to take a grasp of with two leagues, both regionalised into the North and South of the country.

The only real ‘issue’ comes when teams get relegated from Step 1, and it has to be decided as to which ‘side’ of the imaginary split down the middle of the country they fall into.

Sometimes, these decisions can be slightly odd, with a prime example being Hednesford Town – near Wolverhampton – being put into the National League South this season.

In the NLN and NLS, it’s a mix of professional teams and those that aren’t. Of course, this depends entirely on the club and its ambitions amongst other variables, but the team being profiled here – Chorley – fall into the category of being part-time.

Perhaps recognisable due to their fantastic FA Cup run this campaign, Chorley are based in North-West England and accordingly play in the National League North.

For years, ‘the Magpies’ had teetered on the verge of going up into Step 1, and they did so in the 2019/20 season, that the highest level which the club has reached to date. 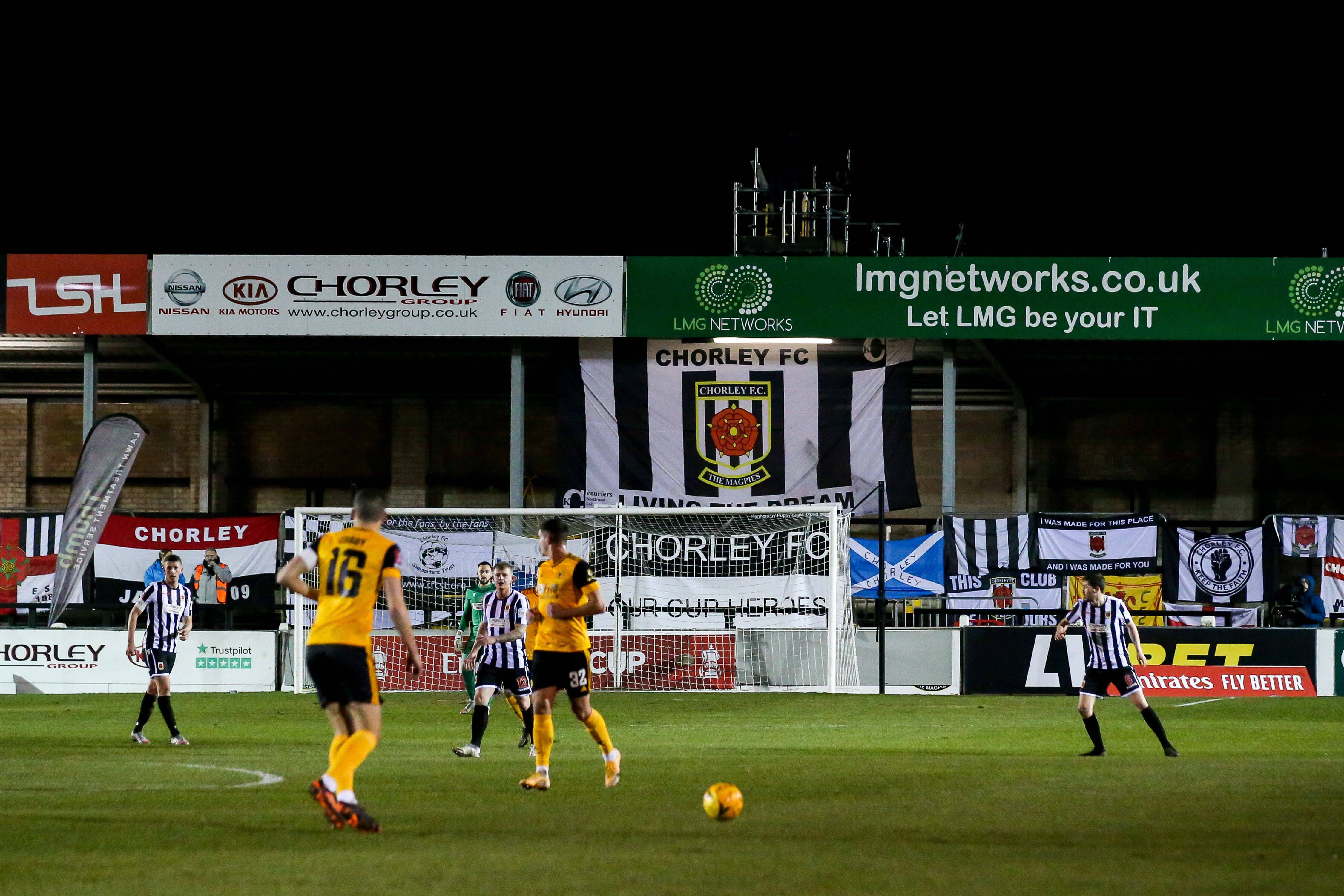 However, up against more experienced full-time clubs in the National League, Chorley struggled desperately and were relegated straight back down into Step 2 amidst the chaos at the start of the Coronavirus pandemic.

Many expected them to bounce back strong this season and mount a charge to get back up into Step 1, but this wasn’t the case in the 18 games that Jamie Vermiglio’s side got to play.

Step 2’s respective campaigns were cut short again for a second season running – along with all of those in the below divisions and levels – because of the ongoing issues caused by COVID-19 at the beginning of this calendar year.

At the point of curtailment, Chorley sat seventh in the National League North table and were 12 points off Gloucester in top spot.

Here’s where things get a lot more complicated and where full focus is required to understand what’s actually going on in terms of the non-league pyramid.

There are four different leagues at Step 3 and all of these – barring the Southern League South division (21) – consist of 22 teams.

All four have two promotions up for grabs to the National League North or National League South, decided by the geographic location of an individual club as described earlier.

To keep it simple, we’re going to analyse Northern Premier League Premier Division outfit Atherton Collieries who aren’t actually too far away from Chorley in terms of location up in the North-West.

Brad Cooke’s ‘Colls’ are yet to complete a full campaign in the so-called ‘top-flight’ of the Northern Premier League due to COVID-19 but beforehand achieved an impressive three promotions in five seasons to reach that level.

Now trying to ‘stabilise’ in Step 3 before looking to go higher, the team weren’t doing too badly on the field in the small number of matches they played this campaign – just eight games but four wins and 13 points in total, sitting in ninth place.

If Step 3 was complicated, Step 4 is even more so, without a doubt. There are seven leagues in total at this level, and they are more regionalised than those in Step 3, which is a general rule within the non-league pyramid.

Usually, the further down you go, the more regionalised league competitions tend to be, as clubs generally cannot finance long-winded away trips consistently.

All seven of the leagues at Step 4 have two promotions available, and most consist of 20 clubs. As per usual though, there are anomalies in that both the Northern Premier League Division One North-West and the Isthmian League Division One South-East have a club less with 19 each.

FC Romania are the club we are going to profile, and they currently ply their trade in the Isthmian League Division One South Central.

Established in 2006 by a Romanian immigrant – Ionuţ Vintilă – ‘the Wolves’ are based within Hertfordshire in the South of England. Perhaps unsurprisingly, most of the club’s squad are Romanian.

They were promoted up into the Isthmian League picture in the wake of Shaw Lane ceasing to exist as a club at the end of the 2017-18 season and haven’t fallen from that position since, though they didn’t get off to the best start this campaign.

Still managed by Vintilă, they picked up just six points from seven games before the season was curtailed. One of non-league’s unique clubs nonetheless.

As you can see, at Step 5 of the non-league pyramid, things start to get absolutely beyond comprehensible.

There are also a varying number of teams in each league, the lowest being 18 and the highest being 21.

While there’s not enough time in the day to explain every stipulation, we’re going to focus on the Northern League Division One, which is actually the second oldest football league in the world to still be in existence, only behind the actual English football League.

Most teams within this are based in the North-East of England, including recent 2019-20 FA Vase winners Hebburn Town, who we’re going to profile. 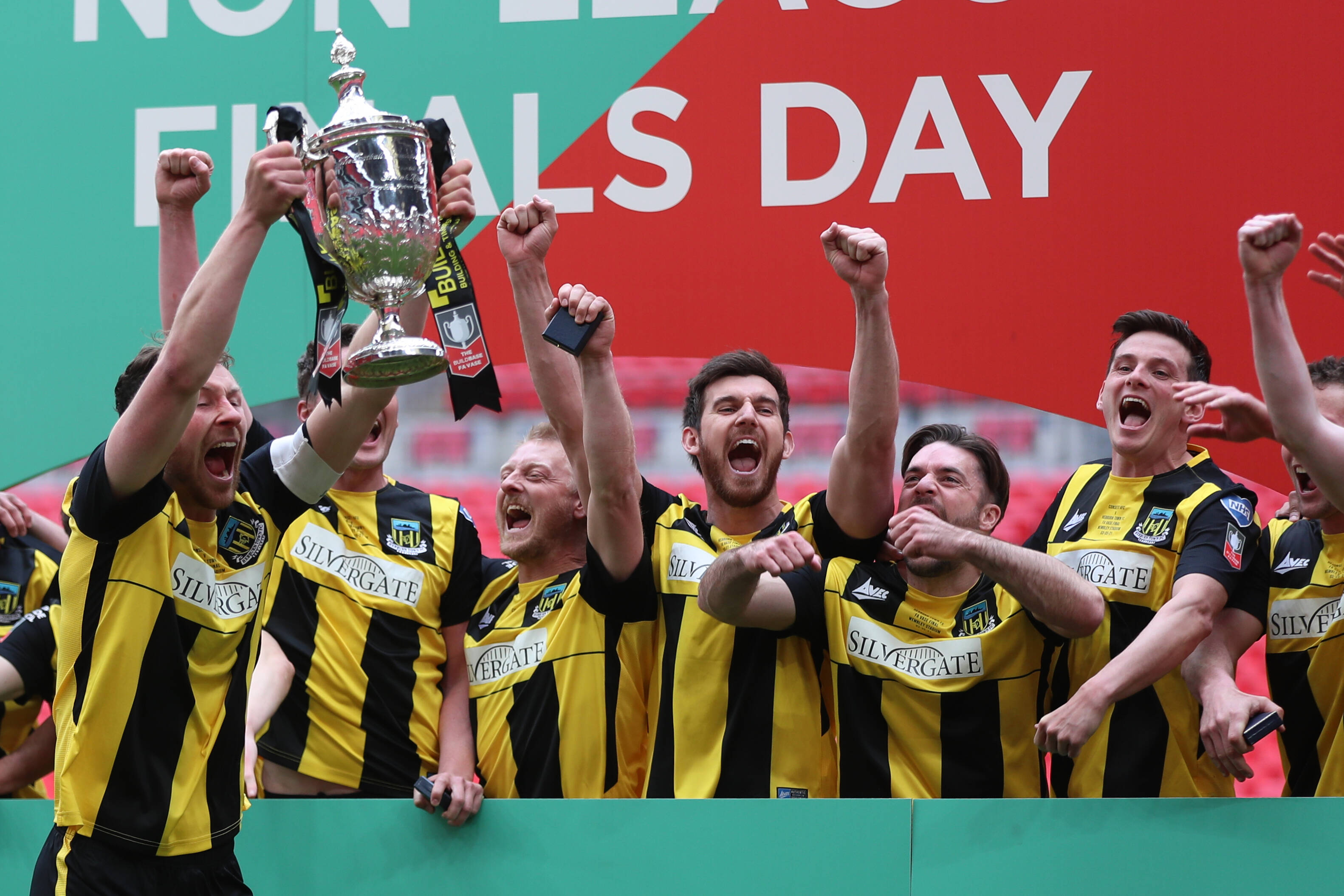 Beating Consett Town at Wembley earlier this month, ‘the Hornets’ picked up the Vase for the first time in their history.

In recent years, Hebburn have floated between Division One (Step 5) and Division Two (Step 6) of the Northern League but may have been on for a promotion this campaign had it not been for the COVID curtailment.

Kevin Bolam’s side were top of Division One with 33 points after 12 games, six clear of their nearest challengers.

They may also think themselves unlucky not to be back at Wembley for this season’s FA Vase final next Saturday – May 22 – as they lost out in the Quarter-finals to eventual finalists Warrington Rylands.