Chelsea visit Newcastle United in the Premier League on Sunday aiming to record their third victory in a row this season.

The Blues have defeated Huddersfield Town and Arsenal to get Maurizio Sarri’s reign as manager off to the perfect start.

Newcastle were beaten by Tottenham Hotspur on the opening day of the campaign, before drawing at Cardiff City last weekend.

Chelsea defeated the Magpies 3-1 at Stamford Bridge back in December, but Rafa Benitez’s side gained their revenge with a 3-0 success in the reverse fixture during May.

The two sides also met in the fourth round of the FA Cup, with Chelsea recording a 3-0 success.

Here's how Newcastle United will line up for this afternoon's @premierleague game against @ChelseaFC. #NUFC pic.twitter.com/3TWG9yTQwu

Here's the Chelsea team to take on Newcastle… #NEWCHE pic.twitter.com/DqGqdBR5Pi 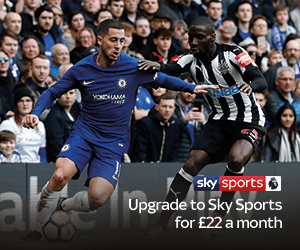