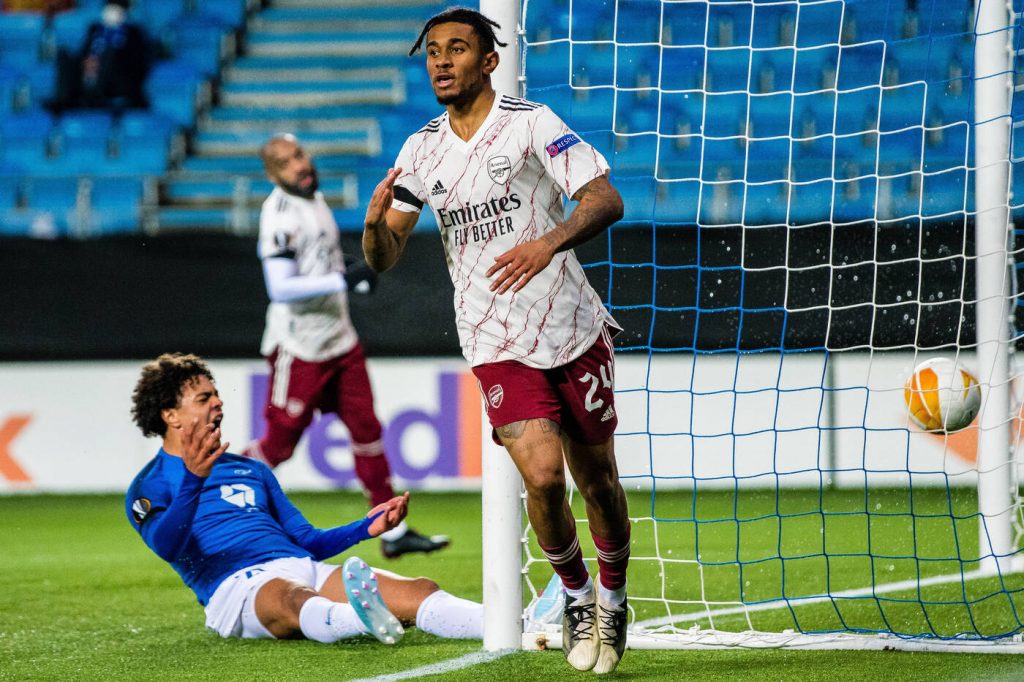 Reiss Nelson’s future at Arsenal is up in the air after a disappointing season that saw him make very few appearances under Mikel Arteta.

The 21-year-old spent most of the 2020/21 campaign out of the matchday squad or as an unused substitute, so may be considered surplus to requirements and subsequently sold.

Nelson rose through the youth ranks to the Arsenal first-team in 2017/18 and has gone on to make 47 appearances in all competitions, scoring four goals with four assists.

It’s worth noting that 47% of his outings have come from the bench, so he’s never managed to nail down a regular spot.

The wide-man was loaned out to TSG Hoffenheim in 2018/19 to get more first-team football and impressed early on in Germany with six goals and one assist in seven games),

However, he fired blanks in the second half of the season, failing to score in 16 appearances, and has hardly featured for Arsenal since.

Arteta preferred Bukayo Saka, Gabriel Martinelli, Willian and Nicolas Pepe, so he may struggle for opportunities this coming season.

Nelson initially showed real promise at Arsenal, but he’s failed to kick on and now finds the writing on the wall.

He has two years left on his contract, so either he leaves on loan and tries to impress so he can fight for his place, or he gives up his Arsenal dream and seeks a permanent move.