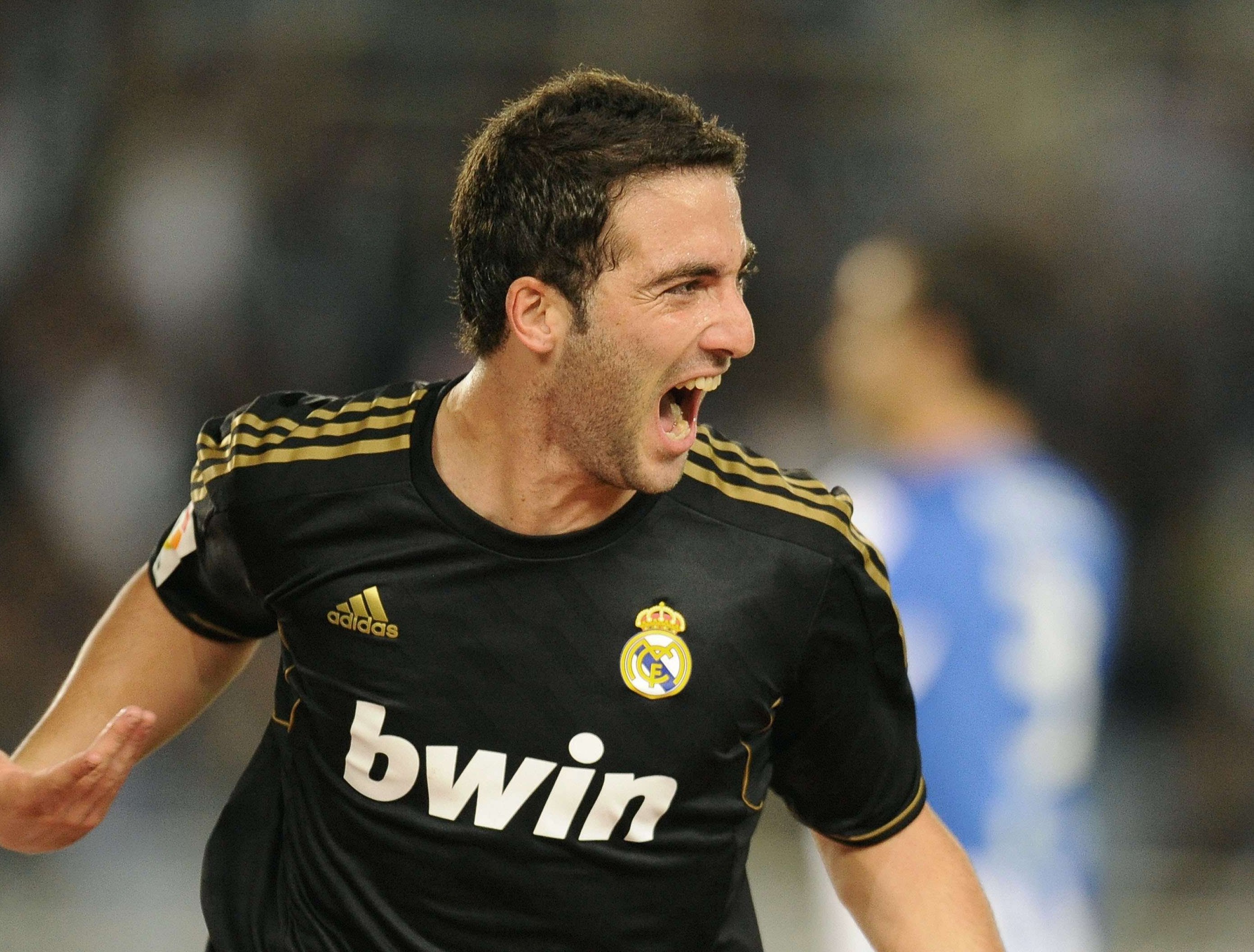 Serie A side Napoli are reported to make a last-gasp bid to procure Real Madrid striker Gonzalo Higuain.

The Argentine international has wanted to leave the La Liga side this summer after citing he was disillusioned with the club. He was alleged to have fallen out with former manager Jose Mourinho, but has maintained he still wants to leave despite the manager’s departure.

Arsenal were the favourites to procure his signature, but the deal has since stalled. Now Napoli are said to have made a bid to snatch Higuain off their hands. Liverpool and Manchester City are also said to be preparing bids.

Napoli have recently lost top-scorer Edinson Cavani after he signed for Ligue One champions Paris Saint-Germain. They are hoping Higuain can prove to be worthy replacement to fill the void left in the side.
Paris Saint-Germain paid £52M to sign Cavani, and the money will go towards the £20M-rated Argentine.

His move to Arsenal looks to be over, as Madrid’s president Florentino Perez dismissed Arsenal ever having made a bid for him.

‘We don’t want Higuain to leave. What’s more no-one from Arsenal has come to us and made us any offers at all for him. There are no offers on the table.’

Manchester City and Liverpool are in the market for a new striker. City have only two senior strikers currently on the books – Edin Dzeko and Sergio Aguero. Following the arrival of manager Manuel Pellegrini, the Citizens have been in the market for Spanish La Liga talent.

Liverpool want another forward as top-goalscorer Luis Suarez is wanting a move away from England, and Liverpool manager Brendan Rodgers regards Higuain as a good fit for the club.

No official bid has been made from any of the potential suitors, but Madrid are bracing themselves to be inundated with offers.