Wenger vetoed move for defender, no chance of transfer with La Liga club

The future of Arsenal defender Nacho Monreal has been a subject of speculation in the Spanish media. The Spain international, who joined in the January transfer window of 2013 from Malaga, has mainly played as a second fiddle to Kieran Gibbs.

Last season he made 23 league appearances for the club, but the Spaniard was mostly used when Gibbs was injured. There were rumours this summer, mainly from Spanish media that he could be sold, should Arsenal receive any good offers. 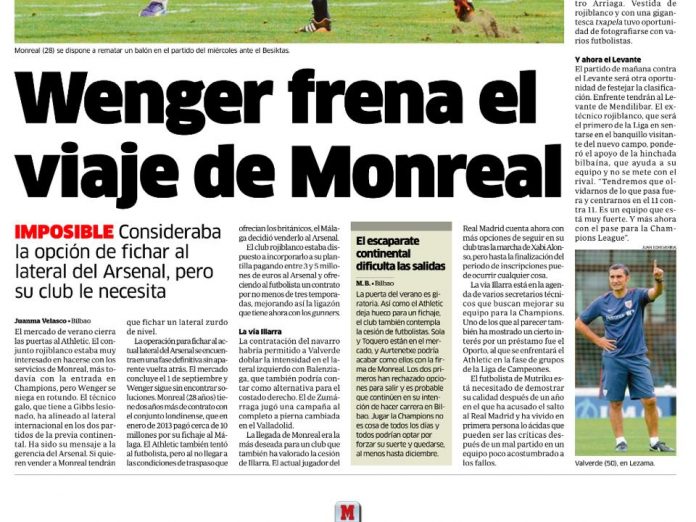 According to Marca today, Arsenal indeed received a good offer from Spanish outfit Athletic Bilbao for Monreal. The Basque club have made it into the Champions League group stages and have some money to spend to bolster their squad.

However, Arsene Wenger has vetoed the move following the injury to England defender Kieran Gibbs. The Frenchman has asked the board that if they were to sell Monreal they’d have to sign a top level replacement. With only few days left to go before the window to shut, getting a top replacement is difficult at the moment, so, as it stands, Monreal will stay at Arsenal.