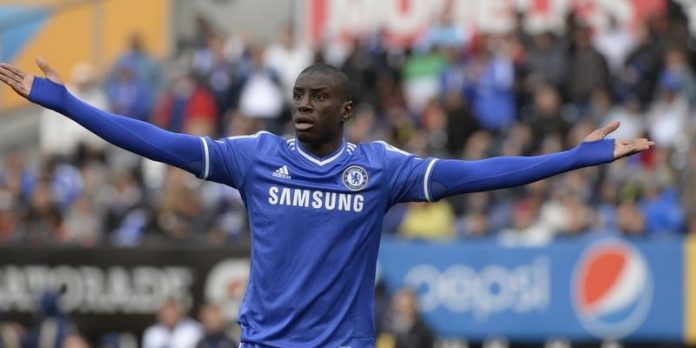 Chelsea striker Demba Ba has revealed Jose Mourinho has asked him to stay at Stamford Bridge beyond this summer transfer window.

The Senegalese international joined the West London club from Newcastle United in January 2013 and was signed by the Blues former manager Rafael Benitez. However, during the 2013/14 campaign, Ba  featured only in 19 league games, which includes only five starts.

Despite spending most of time on the bench during Mourinho’s first season since his return to the Premier League, Ba admits the former Real Madrid manager has urged him to continue at Chelsea.

“Jose Mourinho has asked me to stay at Chelsea next season. He assured me that my situation wouldn’t change. I see this as my reward from God. I weighed up the pros and cons, and think that I will stay put to see what happens,” Ba told the Daily Star.

“I don’t know whether my situation will improve, but what with the coach’s offer anything can happen. I want to play a lot of matches and I think that will be the case for me.”

“I was approached by Arsenal last August. But Mourinho refused to let me join them, as he said he didn’t want to help a rival team to get stronger,” the former Newcastle striker added.

Meanwhile, the Portuguese tactician this month admitted that another Chelsea striker Fernando Torres is in his plans for next season.

“Yes, he’s in my plans. He’s a good player. I keep saying the same – Fernando is not the kind of player that with half a chance, he scores a goal. He’s not the kind of guy that’s going to score goal after goal,” Mourinho told Sky Sports.

“But the way he works, the way he moves, the work he contributes for the team… he is a player that I like, a player that the club respects and we are happy to have him next season, no problem.”

Mourinho has publicly criticised his strikers earlier this year and with the 51-year-old coming out and informing that Ba and Torres are in his plans for next season will puzzle many Chelsea fans and football pundits.

The Blues have been linked with a move to Atletico Madrid star Diego Costa, while Romelu Lukaku will return to the Bridge after completing his loan spell at Everton.