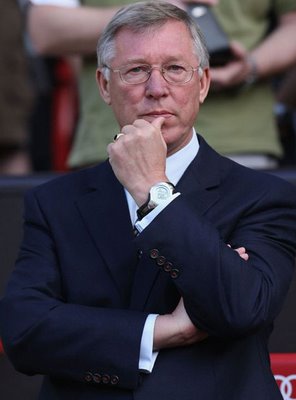 “Totally outlcassed”; “you just can’t argue with that – they’re just too good!”; “we’re the best of the rest, at least…”. But a selection of the comments I have heard from Manchester United fans in the wake of their club’s second capitulation to Barcelona’s incomparable passing football in three years.

These are comments from Manchester United supporters. You know, the aristocrats of British football to whom legions of young supporters flock in search of glory, the club which claims to be the most widely-supported in the world and which recently overtook Liverpool as the most successful in the history of English football. They’ve seen Cristiano Ronaldo, the Giggs-Scholes-Beckham-Keane generation, Schmeichel and Cantona grace their turf during the 25-year tenure of their legendary manager, Sir Alex Ferguson. Their club has had epic encounters with the Real Madrid galacticos, won a Champions’ League Final in two minutes and beaten the Arsenal Invincibles. Why have they suddenly imposed a limit on their own expectations?

Pure folklore. The fatalistic acceptance surrounding the build-up to the game, as well as afterwards,was reminiscent of the fear among the noblest of warriors in ancient times ahead of a battle with an unknown enemy, believing they faced not men, but beasts; an acceptance that their fate was in the hands of the Gods.

Manchester United’s fate was in the hands of Sir Alex Ferguson, who allowed his team to be exposed to the exact same problems that have undone his side at the highest level for years. Why a proper defensive midfielder has not yet been signed is as mysterious as Arséne Wenger’s policy on central defenders; however, as I have argued in another piece, United could easily have brought in the energetic Anderson to cover the space in between the defence and midfield into which Lionel Messi loves to drift. Fergie could have stationed two midfielders in front of him, including Park in a dual left-wing/central midfield role. Admittedly, the Korean did appear to have instuctions to support the central area, but most of his time was spent out wide.

The biggest reason why this past decade or so will be remembered as that of the Galacticos of Madrid giving way to the ‘pure’ ingenuity of Barcelona  and not as Manchester United’s great European era is actually rather a small section of grass, no more than ten square metres. But it’s this little section of the pitch where the great players of the past ten years have most enjoyed playing which has hurt United time and again, whether it’s been Messi, Kaká or even Zidane.

Last night, Sir Alex’s apparently unshakeable belief in the high-tempo English style combined with a bit of long-range passing from midfield and width meant using a central midfield pairing of Carrick and Giggs which left that same old gap completely exposed. It left United flat-footed for the opening goal; it gave Messi all the time in the world to line up an average shot which was tragically misjudged by the departing Edwin van der Sar for the second; it might even be argued that David Villa might not have had the space for a third – but by then the game was lost, changes had been made and this argument might have become academic.

The actual match ended up being nearly identical to the one two years ago in Rome, the only difference being Rooney’s equaliser. United, matching Barcelona’s pressing game, were able to create pressure for the opening ten minutes. The trouble is that once Barca get into their rhythm, you end up pressing for much longer than they do, and you get tired. Thus, Barca took control of the game and United were only able to manage sporadic forays forward which, after Rooney’s goal, never really threatened. For Barca, Messi was yet again able to skip freely into the aforementioned space, which meant Villa and Pedro’s runs inside became a real threat, Xavi had a free choice of passes and Iniesta was able to burst beyond him.

Of course, all that will get talked about is the ‘brilliance’ of Barcelona, the ‘genius’ of Lionel Messi and martyr-like passion with which United threw themselves into the jaws of pre-ordained defeat. But the truth is that, as Barcelona may well discover before long, no team is unbeatable. United have, more than anything, their own tactics to blame for making 2011 a repeat of 2009.