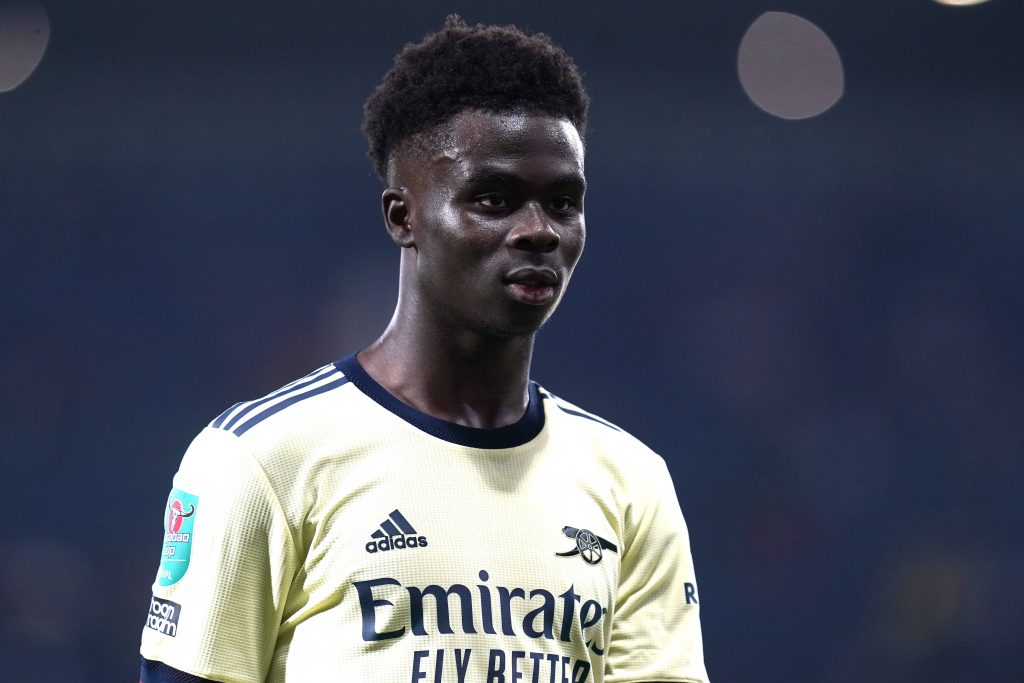 Arsenal manager Mikel Arteta provided a fitness update on three players ahead of the Premier League clash against Manchester City on Saturday.

The Gunners recently registered a 6-0 win over West Bromwich Albion in the second round of the Carabao Cup, ending a two-match losing run.

However, the London club are still under immense pressure as both of those defeats came in the first two games of the new league campaign.

They can’t afford a third-straight league loss heading into the international break, but the prospect of avoiding it remains an arduous task for them.

The club have failed to pick up a single point in the last eight league meetings against City, and they could be up for another difficult outing.

Ahead of the early kick-off at the Etihad Stadium on Saturday, Arteta provided a fitness update on three players in Saka, Gabriel Magalhaes and Ben White.

Saka had a superb outing at the Hawthorns, but he was caught limping following the resounding win after suffering a knock to his knee.

Arteta said that he will be assessed. He told Arsenal.com: “He was limping after the match and we will see today how that reacts, but he had a knock.”

Gabriel recently returned to training after a knee injury. Arteta said that he is getting closer to being involved but refused to confirm his availability.

“He’s getting closer,” he added. “He had a couple of sessions with the team, but we don’t know.  Let’s see tomorrow how he is.”

White was recently ruled out for the recent derby against Chelsea due to coronavirus. Arteta revealed that the centre-back is asymptomatic.

The £50 million signing is set to miss the Manchester trip, but Arteta said that he will be integrated into training as soon as possible.

“He’s been feeling good and as quick as we can,” Arteta said. “we’re going to bring him back to training and start to play games with us again.”

The Gunners have been missing key players right from the beginning of the season due to injuries as well as coronavirus.

Pierre-Emerick Aubameyang made his first start of the season in midweek and bagged the third hat-trick of his Gunners career.

Alexandre Lacazette was also involved off the bench while Martin Odegaard made his second debut after visa clearance.

They are definitely in better shape compared to the Chelsea loss but will need to play at their best to outwit Pep Guardiola’s side.