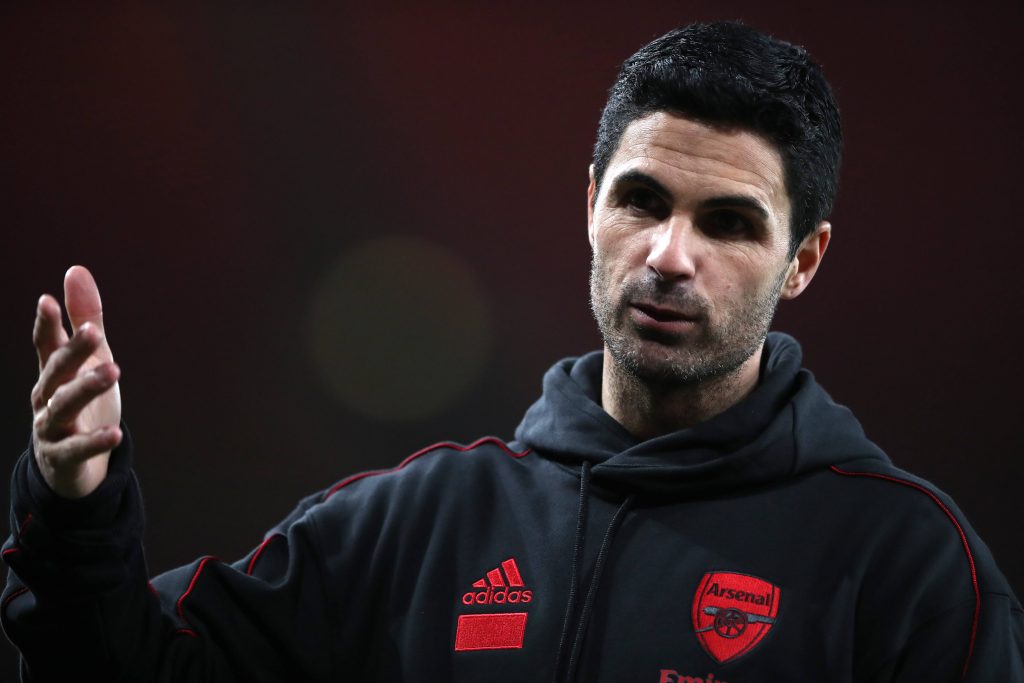 The Gunners ended a four-match winless streak across all competitions with a comfortable triumph over the Blades.

Alexandre Lacazette starred with a brace while Gabriel Martinelli bagged his first league goal of the campaign.

Towards the back end of the game, Bukayo Saka was substituted with an apparent hamstring injury. Arteta was hopeful that the concern was not serious to keep him out of action.

He told Arsenal.com: “I don’t know. He had to come off. He had discomfort in his thigh, and it’s the last thing that we need because we’re missing some big players at the moment, and we don’t want to lose another one. Hopefully, it’s not that serious.”

Meanwhile, the north London giants were without Martin Odegaard (knee) and Emile Smith Rowe (thigh) with injuries of their own. Arteta gave no assurances that they would be fit for the Europa League clash at Slavia Prague.

Pierre-Emerick Aubameyang was the other major absentee against the Blades due to flu. The Gunners boss was optimistic about the club captain being available for the midweek trip to Prague.

The Gunners are missing key attacking players ahead of the second leg of their Europa League quarter-final tie at Slavia Prague on Thursday night.

The club played out a frustrating 1-1 draw against the Czech champions last week, where they squandered multiple clear-cut chances on goal.

They must score in Prague to stay in the competition. Despite the multiple injury concerns, the Gunners still have plenty of quality within the squad.

The likes of Nicolas Pepe and Gabriel Martinelli impressed against the Blades, and the duo could be in line for starts against Slavia.

Lacazette had a poor first leg where he missed an easy scoring opportunity but returned to his best with a brace on Sunday.

The performance should give the Frenchman confidence ahead of the midweek game, which could make or break the Gunners season.

With a 10 point gap to the top four, winning the Europa League appears the Gunners’ best chance of securing a Champions League berth next term.