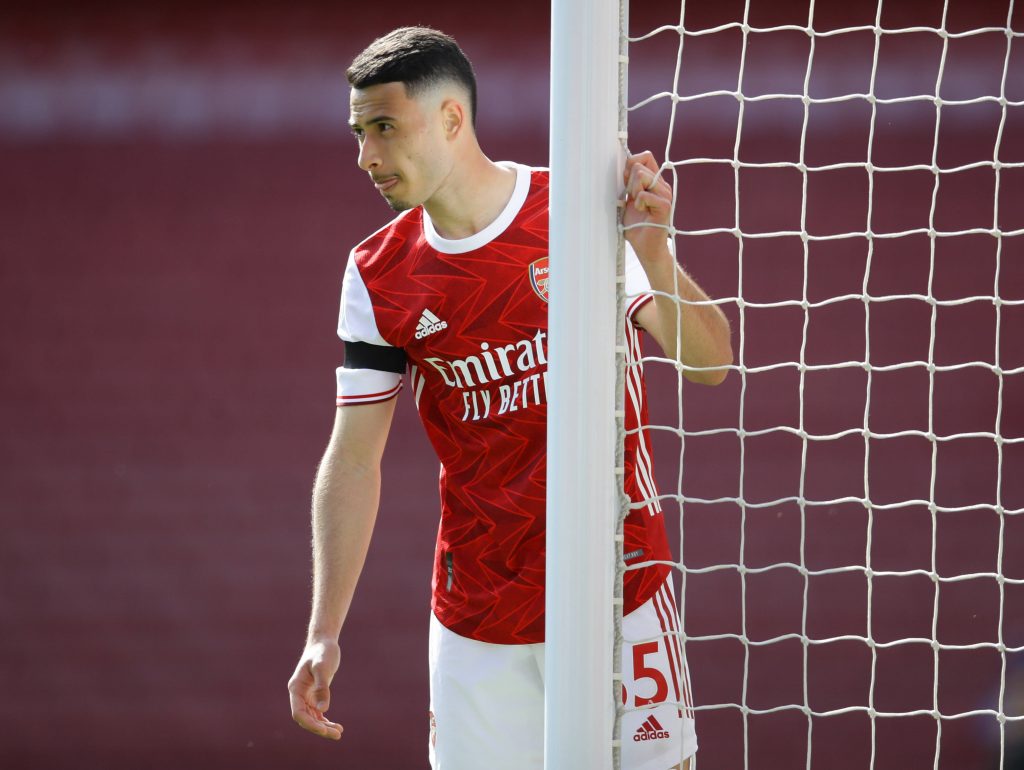 Arsenal manager Mikel Arteta was full of praise for Gabriel Martinelli after his impressive showing against Newcastle United in the Premier League on Sunday.

The Gunners went into the game after a three-match winless streak, and they produced a solid performance over 90 minutes at St James’ Park.

Goals from Mohamed Elneny and Pierre-Emerick Aubameyang secured the three points, but Martinelli grabbed much attention with his performance.

The 19-year-old came up with an inch-perfect cross with his weaker left foot for Aubameyang’s goal, which pleased some of the fans.

Speaking after the game, Arteta was impressed with the young attacker and added that he is improving every week.

He told Arsenal.com: “I think they all played really well, and Gabi is improving every week. He’s taking his minutes in the right way, and he’s developing the way we all believe he can.

“Today he had an assist, which was an important moment, and he had some good moments off the left – and also trying to play as a No 9 as well.”

There has been much debate over Arteta’s reluctance to play Martinelli’s regularly since his recovery from a long-term knee injury in December.

The Gunners’ head coach emphasised that question marks will always be raised when the club are on the losing end of matches.

“This debate is always happening when you don’t win. If it’s not him, it will be someone else. If it’s not Gabi, it will be (Alexandre) Lacazette, Willian or (Nicola) Pepe. It’s part of it.”

When asked about Martinelli’s preferred position, Arteta said that he sees the youngster’s future in both the centre-forward and the left-wing roles.

He further said that he loves the Brazilian more than all of the club’s supporters.

He concluded: “Time will tell, but I would like to develop him in both positions because I think he’s got the potential to do both. If there are any doubts, I love Gabi so much. More than all of you together!”

The Gunners will be in Europa League action on Thursday night. They will host Villarreal in the second leg of their semi-final tie with a 2-1 deficit.

It will be interesting to see whether Martinelli gets the nod on the left wing amid fierce competition from Pepe and Emile Smith Rowe.

The north London club must score at least once at the Emirates Stadium to have any chance of qualifying for next month’s final.

With the away-goal advantage, a 1-0 victory would be sufficient for them, but it is easier said than done with his defensive flaws this term.