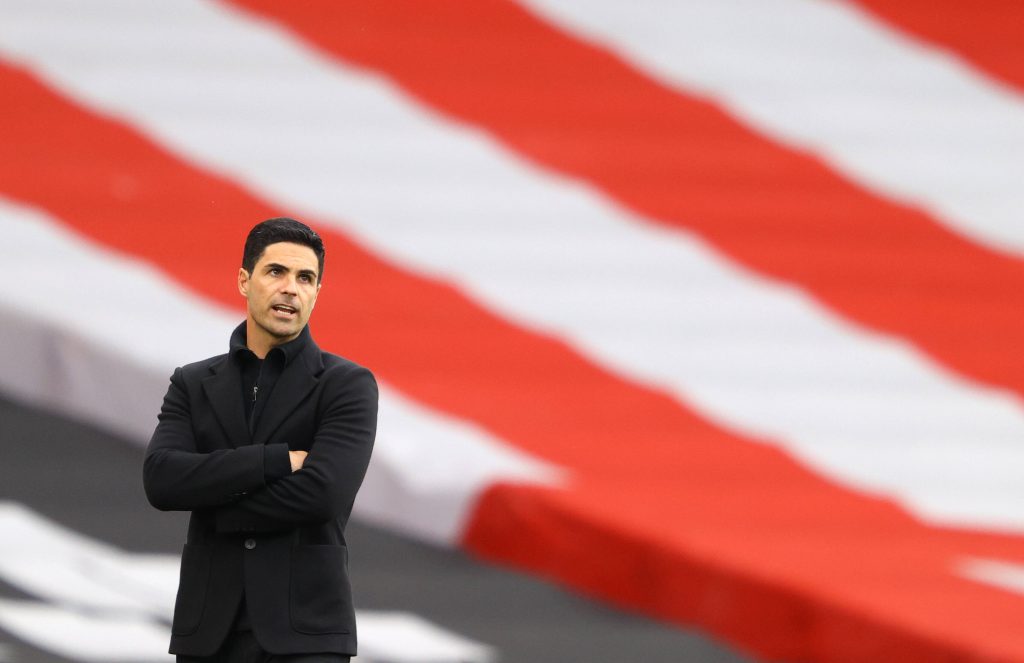 Arsenal manager Mikel Arteta was posed multiple questions by the media ahead of the Premier League clash against Chelsea on Wednesday night.

The Gunners picked up a second-straight league win at the weekend as they secured a 3-1 triumph over West Bromwich Albion at the Emirates Stadium.

Despite the result, they are four points off a European place and may need to win the last three games to have any chance of qualifying for Europe.

The Gunners face a tough derby clash against the Blues tomorrow, and Arteta was asked multiple questions in his press conference ahead of the game.

The main topic was the team news. Arteta highlighted that everybody bar David Luiz is in contention for the London derby at Stamford Bridge.

He told football.london: “Well, the situation with David [Luiz] is that he is not yet recovered – we will see how he does in the next few weeks. The rest are still in contention, but we will have to see today how they come.”

Meanwhile, Arteta was full of praise for the ‘exceptional’ work done by manager Thomas Tuchel, who has guided the Blues to the FA Cup and Champions League finals despite joining only in January.

He added: “Well, probably they’ve been the best team in the league in the last few months – what Thomas has been able to do since he arrived has been exceptional.”

“He put the team in two finals, the way the team is looking, how solid they are defensively as well, how composed and regular they have been in their performance has been excellent.”

When asked about the summer transfer plans, Arteta suggested that much of the business may depend on how the club deal with the players out on loan and those approaching the conclusion of their contracts.

“There are so many things to do because we already have a lot of players on loan, a lot of players with contracts we have to sort – it will depend a lot on what happens with a lot of those players,” he added.

The Gunners’ prospects of qualifying for Europe will largely depend on the likes of Tottenham Hotspur and Everton losing points in the coming weeks.

They are no longer in control of their own destiny but still have pride to play for when they take on the Blues.

They beat their London counterparts by a comfortable 3-1 scoreline in the reverse fixture and will be looking to do a league double over them for the first time since 2003/04.

Arteta is likely to make multiple changes for the game, having rested several key players for the win over the Baggies.

Read: Arsenal could offer Granit Xhaka in a swap deal to sign this Bundesliga midfielder.