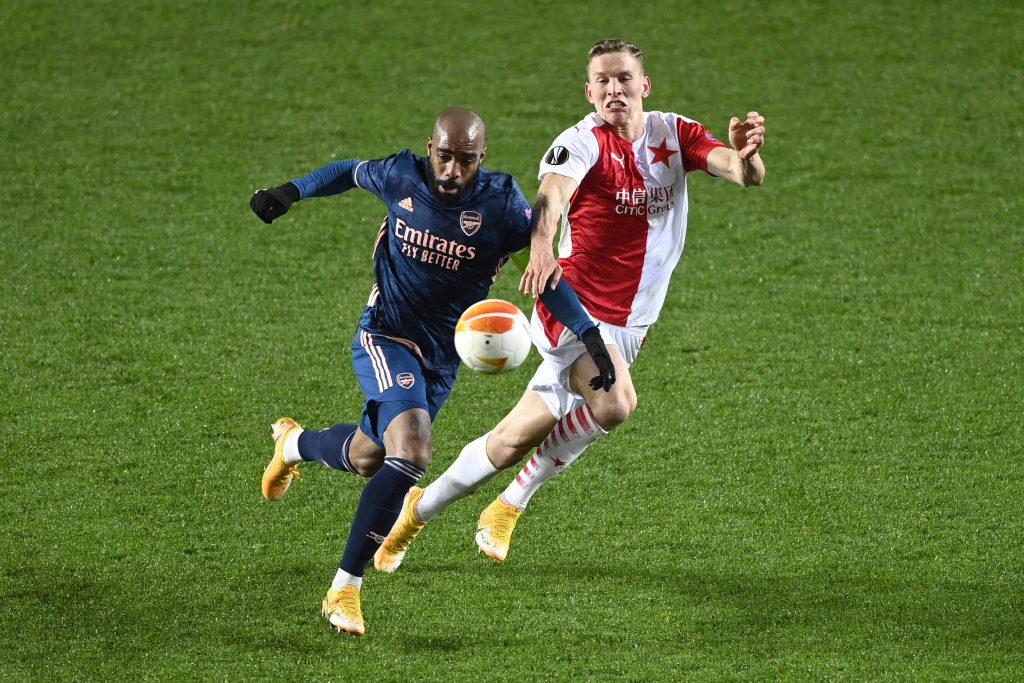 Arsenal manager Mikel Arteta has hailed the ‘strong personality’ of Alexandre Lacazette after scoring back-to-back braces for the club in all competitions.

The Frenchman squandered two clear-cut chances in the first leg of the Europa League quarter-final tie against Slavia Prague this month as the club drew 1-1.

He strongly responded with a brace against Sheffield United (3-0 win) in the league and followed it up with another two goals in the 4-0 triumph in Prague.

Speaking in a press conference yesterday, Arteta was full of praise for the striker and highlighted his desire to adapt at the current stage of his career.

He added that the 29-year-old has the ability to glue the team together, which is not a quality that every striker possesses.

He told Arsenal.com: “It shows the personality that Laca has. He missed two big chances in the home game, and then you have to see a reaction.”

“That reaction could be with some fear, some doubt or feeling a little bit guilty.

“Or the other one is to have a strong personality and to react, to say, ‘Now I’m going to put them in the back of the net’.

“Then his momentum continues, the form that he’s in continues, and it’s really important for the team.

“For me, in his style and in his development, even if he’s soon turning 30 years old, he’s on the right path because he’s very willing to learn.

“He’s doing things in a much better way than before. He really glues the team together, and that’s a quality that is not easy for a striker. He’s got it.”

Lacazette is the Gunners’ top scorer this term with 17 goals across all competitions. Aside from his goalscoring, he has impressed with his hold-up and link-up play.

His current deal with the club expires in less than 15 months, and Arteta has previously said that talks will be put on hold until the summer.

The Gunners are 10 points adrift of the top four and appear unlikely to secure a Champions League berth through the league with just seven games left.

However, they have a superb chance to do so by winning the Europa League title, and Lacazette will have a key role to play up front.

Should they clinch European silverware, there is a possibility that they will be tempted to renew Lacazette’s deal despite him being almost 30.

Read: Arsenal to face Rangers in a commemorative friendly in July.