Is Michael Owen right to doubt Arsenal? Will Manchester United muscle them out of the Top 4? 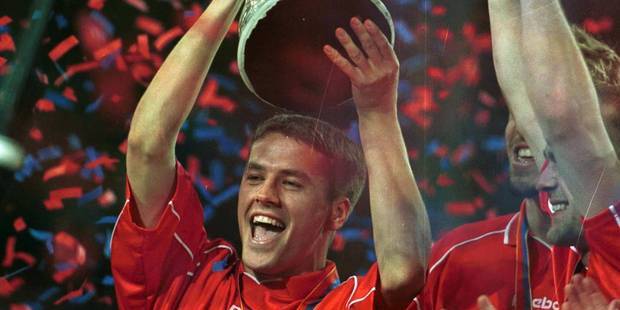 There are no two ways about it; next season promises to be an ever bigger season in the Premier League than 2013/14 proved to be. Many of the top teams have already been very busy in the transfer market and rumors abound of plenty more talent on the way to British shores.

The last campaign saw Arsenal finish in 4th place for the sixth time in 9 seasons, this run coming after their glorious years of ’97 through ’05, where they were crowned champions thrice and runners up five times.

The Gunners saw a big resurgence in form and fortunes last season, leading the table for over half of the season but faltering towards the latter stages. This contrasted with the season before where they did considerably better in the second half of the campaign.

Last season’s barren spell began in February when they ended a 23 game spell where they were unbeaten outside of Manchester, by getting thumped 5-1 at Anfield. This hammer-blow sparked a nine game streak where they only won twice and picked up just nine points.

Fast forward to the transfer window

Arsenal have recently secured the big money signing of Barcelona and Chile winger, Alexis Sanchez, and are rumored to be in talks with Sami Khedira of Real Madrid and world champions, Germany. Arsene Wenger is also on the brink of bringing in French right-back Mathieu Debuchy to replace the outgoing Bacary Sagna.

All of these players are huge statements of intent for the direction the club intends to go in and, if they can close the latter two deals, they will have even more strength and depth to their squad.

Despite capturing the hot property of the Chilean forward, a sensation at the World Cup finals in Brazil, ex-Liverpool and England striker, Michael Owen, believes they still lack the kind of talent they possessed in the Thierry Henry days.

Owen states that the Gunners will be nudged to their lowest league finish since 1995 by the resurgence of Manchester United.

The Red Devils finished last season in 7th position, failing to even qualify for the Europe League, but have recently begun a new era with Louis van Gaal at the helm and are universally believed to be in for a more successful season.

According to Owen, they will bump Arsenal out of the Top Four, whilst his former team maintain their position amongst the elite.

“The signing of Sanchez has made everyone sit up and take note. I really do rate him, he’s a top player and it’s a big step in the right direction.

Do you agree? Will Arsenal fail to keep up with the improvements and reinforcements made around them? Or do you feel that Owen has it all wrong and Arsenal are on the brink of a new era of success?