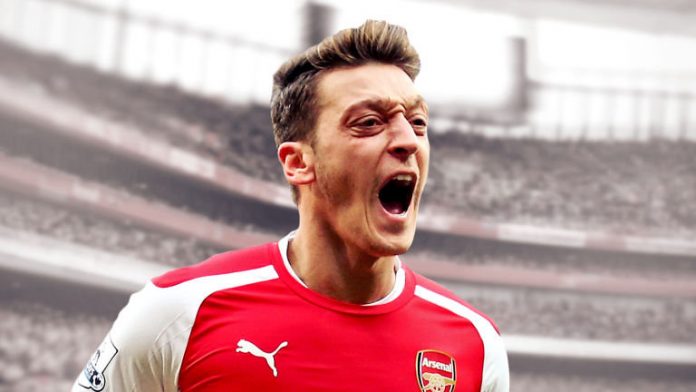 It is not transfer season yet, but it definitely is rumour season. Various reports have hinted that the highly-coveted midfielder, Mesut Özil, is a potential Bayern Munich target and the Bundesliga giants are ready to break the bank.

This is one of the names that are mentioned in Munich every time the transfer season approaches but never has it resounded with such strength. Bayern Munich, who have been known for attempting to keep most of the national German players within their ranks, have not confirmed this information. However, we are able to analyse the whole thing without any official statement. After all, it’s what we, as fans, do.

First of all, Mesut has withheld renewal negotiations with Arsenal twice in the past weeks, completely ignoring the considerable raise and record salary of £200,000 per week. He and his 19 assists this season are worth it.

But, if Mesut Özil is doubting, the world is watching. And believe me, Bayern is watching. Top that off with the rumours that Götze might be heading to Liverpool, and the Bavarian club is left without a playmaker. In the past, Mesut has dismissed the rumours linking him to the current German league champions, but this time, he is yet to come forward.

On the other hand, the German club has already spent over 70 million Euros signing Mats Hummels (Borussia Dortmund) and Renato Sanches (Benfica) this year. Thus, from a financial standpoint, this might be nothing but smoke.

The fact that Carlo Ancelotti, Bayern’s new manager, has a somewhat chaotic history with the number 10, and has stated that the playmaker he is really after is James Rodríguez, plays a role as well.

While the board is not shedding any more light on this topic, it is important to recall the words Karl-Heinz Rummenigge said to SportBild a few days ago, when he admitted he would not rule out another big transaction: “We’ve brought in two good players, and now we’ll see if we need to do anything else.”

If this deal goes through, Bayern will become Arsenal’s nightmare. Not only do they consistently knock them out of the Champions League every year, but they would actually be taking away their best chance of defending themselves.

It is certainly clear that Bayern can and will pay for a player with the talent of Özil. He still has two years left at Arsenal and that will cost the Bavarian giants. But, if you imagine the number of opportunities he will create for Lewandowski, Müller, Costa, Robben and Ribéry, well, it is completely worth it.

And the opposition will be terrified of the red power called Bayern Munich. If they weren’t already.