In an all too familiar situation at Arsenal Football Club, the management is in discussions with one of the most important players in the squad over his contract extension. According to a recent interview by manager Arsene Wenger, an agreement with Mesut Ozil isn’t exactly on the horizon.

Ozil currently earns £140,000 per week, but will reportedly want more if he is to stay at the Emirates beyond his current contract, which expires in 2018. There is also the consideration of ambition, as the Gunners haven’t won the Premier League since 2004.

Wenger said, after Arsenal’s 3-2 victory over Swansea City on Saturday, as quoted here by The Guardian, “I don’t think he needs convincing [to stay]. He wants to stay here. If you have a good bank, call me.”

It is encouraging that Ozil wants to be at Arsenal and the Londoners certainly have the resources to offer him a mega money contract. It will be interesting to see if Wenger decides to do what is needed to seal the deal now.

The Gunners didn’t have it easy against the Welsh side, who were under their new manager, Bob Bradley. In the end, it was Ozil’s goal that proved to be the winner and gave Arsenal their 6th consecutive Premier League win, taking them joint-top with Manchester City.

A definite area for improvement

This was Ozil’s 3rd league goal of the season, and he is already halfway there to matching his best scoring season in the competition. He netted 6 times last year, after only managing 5 and 4 respectively in his first two seasons at the club. As he is the number 10 who plays behind the striker, this begs the question — does he need to start scoring more, and earn his mega-contract, or has he already done enough?

Over his career, Ozil has mesmerised us with his vision and passing, but finding the back of the net has never been something he has done with regularity. He has managed a goal every 4 games for the German national side, but with his last two clubs – Real Madrid and Arsenal, it has been closer to 1 in 6.

The number 10 role has evolved over the years. With most teams only playing 1 striker nowadays, it has become more and more important for the man playing behind him to contribute more goals and assists.

On the latter, Ozil has always passed with distinction. His 19 assists in the league last season was the second-highest individual tally of all-time. On the goals front though, the German needs a lot of improvement. Compared to the likes of Juan Mata, Kevin de Bruyne and Oscar, the Arsenal man doesn’t get into enough positions during games where he finds the time and space to look up and go for goal.

According to Wenger, he has the ability to score at will, but is unable to exhibit that in games. Speaking on the issue after the Swansea victory, he said:

When you see Özil finishing [against Swansea], you think a little bit that he doesn’t take his chances to shoot enough.

When you see him in training, he scores basically when he wants. You speak with the keepers and he’s one of the most difficult players to predict where he’ll put the ball. I’m happy that he scored and I hope that gives him the taste to try more.

He is 28 now. In the next four years he has to combine style and efficiency. He had always fantastic style; fantastic efficiency in assists. But efficiency in his position is also finishing and he has that in the locker. It’s not that he hasn’t got it.

Does he make up in other areas? 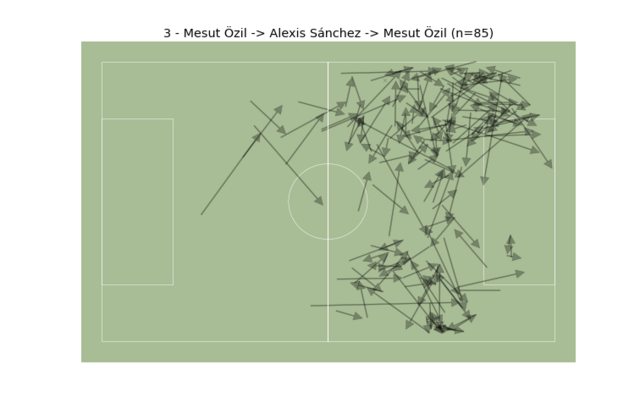 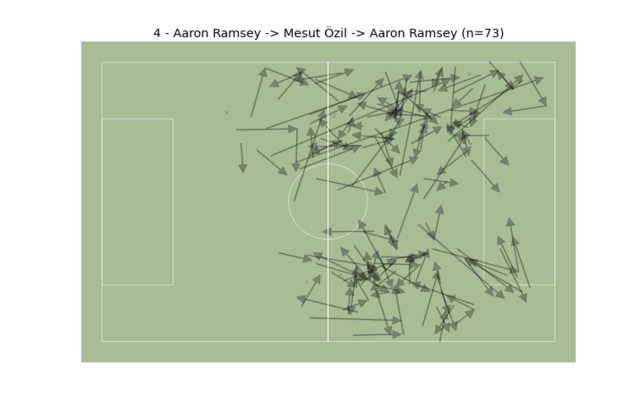 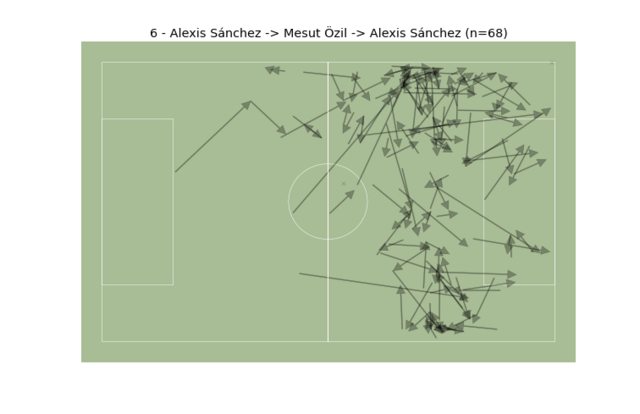 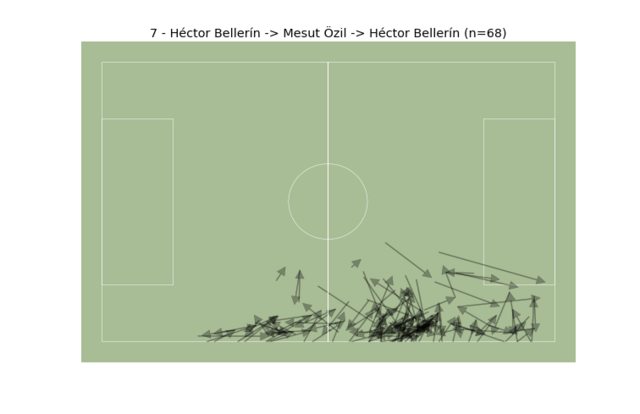 What is interesting here, is that the variety of positions in which he’s combined with players in. Alexis Sanchez is a left winger, Aaron Ramsey is a central midfielder and Hector Bellerin is a right-back. Ozil’s omnipresence on the pitch is highlighted by these exchanges, and it shows just how important and central he is at linking play up in just about every area of the pitch.

He needs to start winning more matches on his own

Despite Ozil’s passing range facilitating other players in the team to get into the game more, one has to believe that the midfielder needs to start winning more games for Arsenal directly. When man-marked out of matches, he has the tendency to go missing, something that was observed too often for the Gunners’ good in the second half of last season. Had Ozil continued his blistering form from the first half until the end, there was a very good chance that Arsenal would have won the league.

He has shown glimpses of being one of the best players in the league, but needs to carry that out with a bit more consistency to truly establish himself. There are still a good number of goals to be added to his tally before he gets that new bumper contract. By improving on that front, and making more direct contributions, he can also ensure that Arsenal’s long rut in the Premier League ends sooner rather than later.