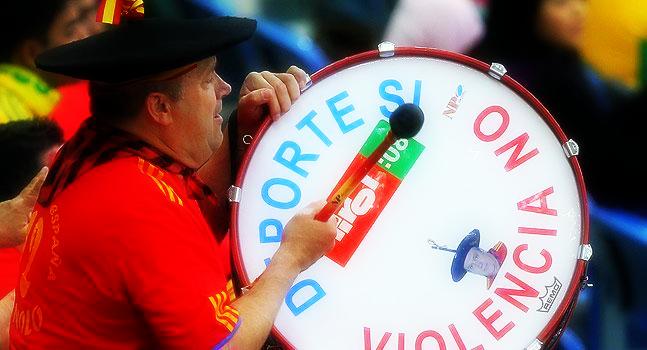 Lying and cheating are two of the most prominent reasons why any relationship usually ends up in a separation or divorce. For one reason or the other a whole lot of men and women can’t live up to the lofty promises made when they exchanged vows at the altar, or the town hall.

“Till death do us part” sounds a little off-putting while “forever” outright kills it for me. In this day and age it’s becoming increasingly rare to spend a whole lifetime with someone, let alone be monogamous throughout.

Over the course of a lifetime one is tempted to break the promises made at one time or another. Men and women lie and cheat. That’s just the nature of things. Some do it because they seek attention, some others need the thrill. Since I don’t have a degree in psychology I’m offering my own take on failing relationships – they just ran out of passion, loyalty and commitment.

Oddly enough men (I’m a guy, I don’t have the slightest clue how a woman thinks but feel free to enlighten me) do possess these traits in abundance and display them quite regularly – on football match days. I guess that’s why women who don’t understand men’s infatuation with football are so annoyed by it. For about two to three hours their spouses, boyfriends, husbands etc. will focus on one thing – and one thing only – their favorite football team.

And here it comes. Once a man has made up his mind on which club he supports – that bond is unbreakable, everlasting and will outlast any relationship. During the course of a lifetime a man will have several relationships, even be married at some point, maybe even more than once.

But while the significant others change, that one favorite side remains a constant throughout a lifetime. Just ask around in your circle of friends how many relationships they have had – plenty. Yet, ask a real devoted fan how many clubs he has supported the answer will be in all likelihood – one.

Take for instance Manuel Cáceres Artesero better known as Manolo el del Bombo (pictured above), arguably Spain’s national side’s most fervent and devoted supporter. The guy has lost his family over his, to some people, ridiculous devotion to the national side.

Of course, that’s one extreme example for devotion but it serves to highlight men’s ability for devotion, passion, loyalty and commitment. Things we are usually accused of lacking when going through a rough patch with our significant others. There are other things that are usually thrown into any conversation about football and relationships – faith and trust.

In football it can go: “Have faith in our project” or “Trust the manager”. In relationships it usually goes: “I’ve lost my faith in you” or “Why don’t you trust me”.

It’s fair to say that some men, myself included, suffer from commitment and/or trust issues. At some point any relationship between two people reaches its tipping point. Make or break. More often than not it’ll end up in a break-up. Bitter. Nasty. Irreconcilable.

Men’s relationship with their favorite football side? Unbreakable.

We do as we are asked. We endure the relegation, the increase in ticket prices, the years of trophy-drought, the weather… you name it, and we arrange ourselves with it. Ask any guy how long he’ll arrange himself with his girlfriend denying him sex and you’ll get a straight answer: “How long are we talking about?”

On the other hand, men will patiently, though excessively moaning, put up with failure from his favorite football side in hopes of better days. Not once will it occur to him to cut all emotional ties with the club/side he loves.

I’ll never fall in love with another club. I’m a Culé, a FC Barcelona fan. Just like the true and devoted fans of Liverpool FC, Juventus Turin etc. I will never stop supporting my team. The young boy singing “You never walk alone” in the stands of Anfield will still chant for the Reds, even when he’s old, grey and confined to the couch at home.

Manchester City sure has a lot of fans today but there are hundreds of thousands who have been fans before Sheikh Mansour decided to splash his riches on the Eastlands club. Noel Gallagher, anyone?

Men’s relationship with the other gender is, more often than not, complicated. We fall in and out of love with our significant others but we’ll never fall for another football side.

As far as fan devotion goes – the grass is not always never greener on the other side.

I suppose that’s how a lot of female fans feel about their club but I can’t possibly pretend like I know about that.

All views expressed in this editorial are of the author and do not reflect the views of Soccerlens or its writers. Feel free to leave a comment or contact the author on Twitter @JubeiKibagame, you can also follow Soccerlens.