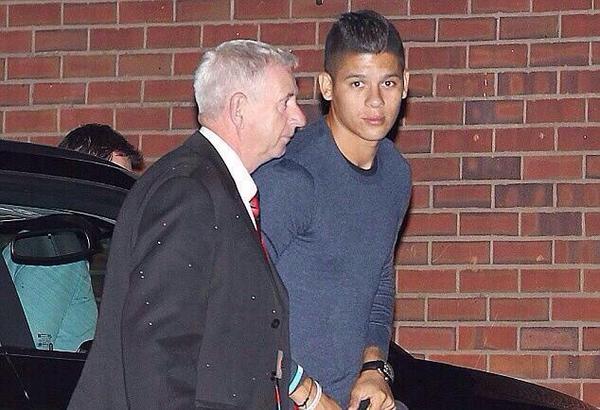 Rojo was spotted in Manchester last evening where he is supposed to go undertake his medical and agree personal terms, being being officially named as a Manchester United player.

BBC reported that United have paid around £16m to sign the Argentine. Portugal newspaper A Bola has covered a big story on it today, where they broke down the details of the transfer fees.

Manchester United have paid Sporting €10 million up front and will have to pay another €5 million in the form of two instalments for a total of €20m. Besides, Sporting will get 20% of transfer fee on any future sale of Rojo, if the deal is above €23 million. The deal between Sporting and United also saw Nani joining his boyhood club on a season long loan, with his wages being paid by United.

Of the €20m total amount paid for Rojo, €13m will go to Sporting, €4m would go to the bank of Spartak Moscow and only €3m to the Doyen group, though the latter is still subject to a court hearing with Sporting having unilaterally terminated their contract with Doyen that forced them to give 75% of a potential transfer money.

So, we can only say, this has been a really smart signing from Manchester United.