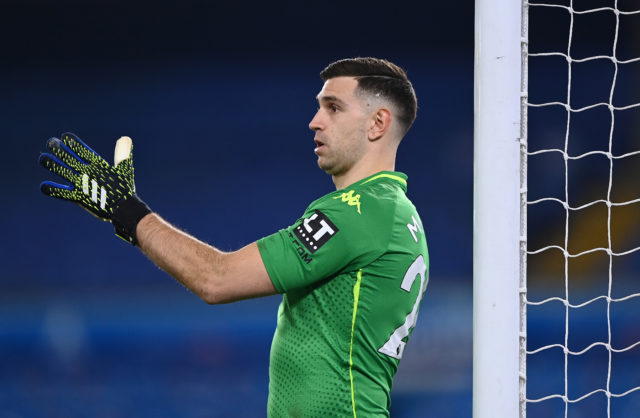 In the post-match press conference, when Bielsa was asked to comment what he said to Martinez, the Leeds boss replied (h/t Leeds Live): “We just said hello. We’re compatriots.”

Martinez, who joined in the summer transfer window from Arsenal for a fee in the region of £20 million, has been simply outstanding for Villa this season.

The Argentine wasn’t forced to make enough saves during the game against Leeds, but he did well enough to make his presence felt.

Leeds didn’t create enough clear-cut chances, while Villa did well to frustrate them after taking an early lead through Anwar El-Ghazi.

However, Bielsa feels that a draw would have been a fair result given how Leeds dominated the game.

He states that Leeds created better opportunities than Villa in the first half, and enjoyed the lion share of possession after the break.

The Argentine was also happy with the fact that Leeds defended well in the second half and didn’t concede from counter-attacks.

Leeds have slipped to 11th in the Premier League table, but Bielsa suggests that they didn’t deserve to lose.