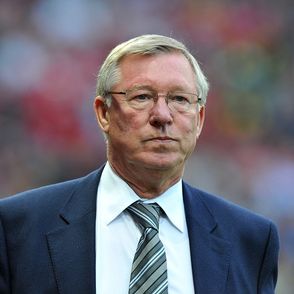 Manchester United may miss out on the title this year, but there are many things to look forward to next season.

United’s 1-0 loss to City puts them in a tie with their arch-rivals at the top of the table, but City’s goal difference is eight points better than United’s.

This is a lot of ground to make up in just two fixtures, and the Red Devils will likely finish as runners-up in 2011-12.

But the 2012-13 will be starting up in August; the clubs fans have every right to expect a better performance next season.

Manchester United will likely part with some of its veteran players in July and look to the transfer market to fill those holes with talented youngsters.

The Red Devils are regulars in the football gossip columns, but Alex Ferguson is a relatively frugal shopper compared to others in the Premiership. However, Fergie is surely lining up potential signings to create the next generation of his Manchester United squad. Below are some of the players the Red Devils have been linked to.

The 23-year-old’s performances this season have seen him become one of the most coveted players in Europe. Sir Alex Ferguson, who had the chance to see Martinez close up when the Basque club knocked United out of the Europa League, is a long-term admirer of the Spain international. According to caught offside and various other sources, Fergie is prepared to spend £28m to sign the Spanish international midfielder.

Nineteen-year-old Athletic Bilbao attacking midfielder Iker Muniain, who received his first cap for Spain earlier in the year, has caught the eye of Manchester United manager Sir Alex Ferguson. But the Old Trafford club will have to shell out £29.5m for his services, according to the player’s agent.

Shinji Kagawa after informing Borussia Dortmund he won’t sign a new contract—could be a Manchester United player next season. The 23-year-old former Cerezo Osaka star—whose contract runs out in June of 2013—was offered a new four-year deal, but turned it down, according to Dortmund’s sporting director Michael Zorc, who admitted that while money isn’t a priority, the club have no choice but to sell the playmaker.

With Nemanja Vidic still out injured and Rio Ferdinand in decline, the versatile Dutch defender could be a cut-price alternative, especially as he enters the final year of his contract and could be available for less than £7million.

Ever since Gary Neville decided to retire United have lacked consistency at right-back where Rafael is always capable of a costly loss of concentration. Lille defender Mathieu Debuchy could be the man to fill Gary Neville’s boots.

The cultured Everton defender seemed nailed on to become a United player before a series of injuries and loss of form cooled Ferguson’s interest. However, he has returned to type this season and could give Michael Carrick a few sleepless nights before the transfer window closes – unless Chelsea get in there first.

Schooled at Real Madrid, the Spanish defensive midfielder made an impression as Benfica all but ended United’s participation in the Champions League this season. A move to Old Trafford would give him bragging rights over cousin Luis who played for Liverpool – although United face competition from their City rivals.

The Croatian schemer had his heart set on a move to Chelsea last summer only to be denied by the powers that be at White Hart Lane. Fergie has been a long-time admirer of his creative talents – even if he doesn’t score many goals. Spurs may struggle to keep himthis time round but expect Daniel Levy to be drive a hard bargain. Another Benfica player who ran United ragged in the Champions League, Gaitan has been dubbed the ‘Argentine Cristiano Ronaldo’. There have been reports that a £20million deal has already been negotiated with the possibility of Fabio da Silva and Federico Macheda moving in the opposite direction.

The Belgian wonder kid has been courted by Premier League suitors including Arsenal, Tottenham and Manchester City ever since confirming he would leave Lille in the summer. The 21-year-old was said to be flattered after a personal visit from the Great Scot himself, which could place Fergie at the head of the queue.

The Dutch maestro was the subject of a will he/won’t he? Transfer that lasted the entire close season last summer. Expect more of the same this time round as United still need a creative playmaker and Paul Scholes can’t last forever – although Sneijder might have to lower is wage demands. The Flying Dutchman passed up the chance to join United in 2004 after having his head turned by Roman’s roubles at Stamford Bridge. Despite a fragile constitution, he’s proved to be a world class player at Bayern Munich where a bust up with Franck Ribery could convince him to make a Premier League return.

According to the Metro Sir Alex Ferguson’s side have added Valencia left-back Jordi Alba to their list of transfer targets as a long-term replacement for Patrice Evra. However, Manchester United will have to fork out £15m for the 23-year-old’s services.

Baines is another Left back Manchester United are supposedly targeting as a replacement for ageing full-back Evra. According to the Daily Mirror, the Reds may offer just £5m for the England international. Manchester United are considering a stunning £10million swoop for ­Swansea’s on-loan ­Icelandic star Gylfi Sigurdsson. Sir Alex Ferguson has been monitoring the ­midfielder, who is enjoying an outstanding campaign at the Liberty Stadium after arriving from German club Hoffenheim in January. United are now on red alert after Sigurdsson told Hoffenheim he wants to quit the Bundesliga.

Brazilian side Sao Paulo have set a £40m asking price for Manchester United and Chelsea transfer target Lucas Moura. The 19-year-old attacking midfielder, who is also wanted by Real Madrid, has a £65m buyout clause in his contract.

United could be eyeing up Schalke striker Klaas-Jan Huntelaar as a possible replacement for Dimitar Berbatov after the Netherlands forward rediscovered his form following difficult spells at Real Madrid and AC Milan. Sir Alex Ferguson is supposedly planning a £12m bid for Schalke striker.

United are monitoring young star James Rodriguez, the player known as the South American Cristiano Ronaldo. The Colombian winger, 20, has told his club Porto that he wants to move to the Manchester Club.