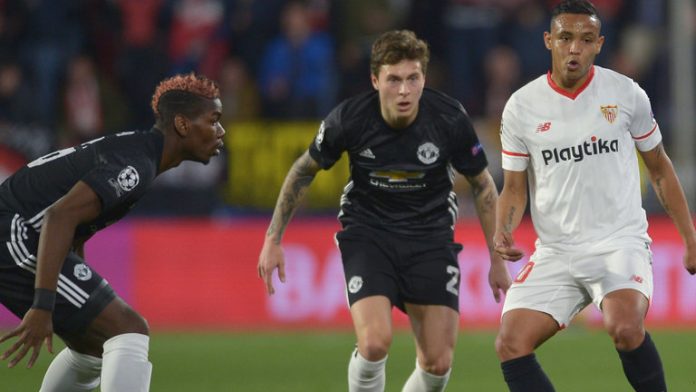 Manchester United host Sevilla in the second leg of their last-16 Champions League tie on Tuesday aiming to progress to the quarter-finals for the first time since 2014.

United secured a 0-0 draw away from home and they are strongly fancied to finish the job off at Old Trafford.

Manager Jose Mourinho kept things tight in Spain and although David De Gea had to make one spectacular save to keep out a Luis Muriel header the Premier League side deserved their draw.

The Red Devils will need to display more attacking ambition in the return match, although they showed in the first meeting that they can trouble the La Liga outfit.

Romelu Lukaku had a goal disallowed late in the game for handball and he can be backed at 10/3 to grab the opener on Tuesday.

How #MUFC line up for tonight's #UCL clash… pic.twitter.com/a7OsKpvmhD