Chelsea have won one and drawn one since José Mourinho was booted out of the club. More than the results, the performance of the team has caught the eye. Suddenly the enthusiasm and energy seems to have returned in the side.

Manchester United on the other hand have declined massively in recent weeks after showing incredible promise to challenge for the title in the early months of the season.

Both teams need to win the game for different reasons. Chelsea need the momentum to keep going and Manchester United and Van Gaal just need a win somehow. In an intriguing battle, here are three key questions ahead of the tie.

There is absolutely no doubt that the pressure is getting to Manchester United boss Louis van Gaal. His former counterpart at Chelsea got sacked for not being able to turn the team’s fortunes around, despite his reputation at the club and the fact that he led the side to a title last season. Therefore the Dutchman would know how important results are in modern-day football. No wins in seven matches and four consecutive losses aren’t encouraging signs.

Louis van Gaal needs three points desperately and it is unfortunate for him that Chelsea have picked up momentum ever since Mourinho was sacked. A month back, getting a win in this tie wouldn’t have been as difficult.

The former Barcelona boss has said that he could choose to quit himself, which does show that there is plenty of pressure on the man. Getting a result against Chelsea is thus, extremely vital. His side hasn’t looked good in recent weeks so it will be testament to his abilities if he can get them to turn up against the Blues. Sadly, there seems to the same lethargy and timidity in the United team that was there in David Moyes’ final days.

When Morgan Schneiderlin signed for Manchester United in the summer, it was regarded as one of the best signings of the summer and one which could help the side towards trophies. Spending £24 million on the Frenchman was unanimously deemed “worth it”, something that doesn’t happen too often. Yet, Louis van Gaal has chosen to ignore the former Southampton player often this season.

1 – Manchester United have lost just one of 15 games with Morgan Schneiderlin starting and five of 11 without him. Onlooker.

Against Stoke City, United were also without Bastian Schweinsteiger and 33-year-old Michael Carrick wasn’t able to shield the defence too well. Schneiderlin should have been used and was subsequently sorely missed in the midfield as the Stoke City attackers ran riot in the opening half an hour of the game itself. It isn’t as though the missing Schneiderlin is the solution to all of United’s problems but one can’t help but connect the dots.

Louis van Gaal will have Schweinsteiger available after his suspension so it will be interesting to see if Schneiderlin starts but there is little doubt as to whether he should.

Can Chelsea maintain their new-found momentum? 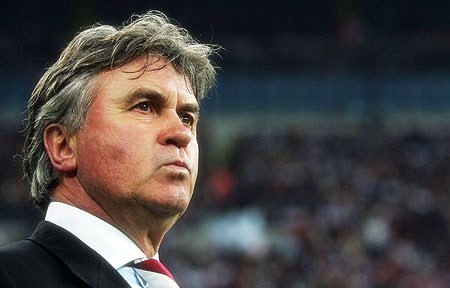 Considering the stark contrast in performances since Mourinho left, it is difficult not to concede to the conspirators that the players stopped playing for their manager. The Blues seem more liberated than ever. What is even better is that this Premier League season seems to be one where there are new turns everyday and nobody is really asserting their dominance in the top 6, other than Leicester who ironically also lost to Liverpool in their Boxing Day clash. Therefore the Londoners have time to make up on the gap that currently distances them from the top six in the table.

At the same time, it was only one win against lowly Sunderland and a draw against Watford since Guus Hiddink took over and the manager himself has said that he can’t wave a magic wand and remedy everything. But a win over Manchester United at Old Trafford could prove that the momentum is not farcical and they can maintain hopes of a European berth next season.