Manchester United have reportedly agreed terms with the Barcelona midfielder Thiago Alcantara. According to the Catalan newspaper, Sport, the Red Devils have offered €140,000 per week – a contract worth £6.2 million per year.

United are hopeful of concluding a deal for the 22-year-old, who could be available for a fee in the region of £16-17 million, after the youngster failing to get enough time on the pitch last season.

It was reported that La Liga giants have tried to convince him to stay at the club, but the youngster prefers a move to Old Trafford for regular first team actions.

However, there have been a few suggestions – mainly from Spanish press – that Thiago could snub the offer from the Premier League giants and instead agree a new deal with Barcelona.

He tweeted a picture of himself and his younger brother, Rafinha, who also plays for Barcelona, with the message reading ‘I love Barcelona’:

Arsenal have submitted a formal offer of £20 million for Wayne Rooney, according to reports from The Mirror. Their London rivals, Chelsea, are also expected to make a counter-bid for the England international.

The 27-year-old will hold crunch talks with David Moyes next week and will seek assurances over his role in the team.

However, the Daily Star reports, that Rooney will stay at the club if he is offered a new contract on the current terms. The striker has two years left on his contract and earns a reported salary of £250,000 per week. 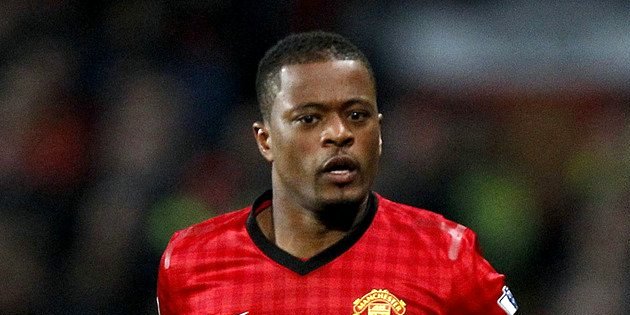 United tabled a £12 million offer for the England international Baines, but it was rejected immediately. It is understood that the Red Devils are pondering to make a renewed bid for the 28-year-old, expected in the region of £15 million plus add-ons.

Evra has been at the Old Trafford club for seven years now and has won five titles and one Champions League during this period, but the 32-year-old is ready to return back to his former club AS Monaco for £6 million.

And finally, has there been any day when either of Cavani or Lewandowski’s name not mentioned in the press? Even if there is nothing to write, one can easily frame a story throwing Robert Lewandowski or the Uruguayan in the transfer whirligig among three potential suitors – Manchester United, Manchester City and Chelsea.

According to Daily Star, Manchester United and Manchester City will go head-to-head for the £25 million rated Borussia Dortmund striker in the summer.