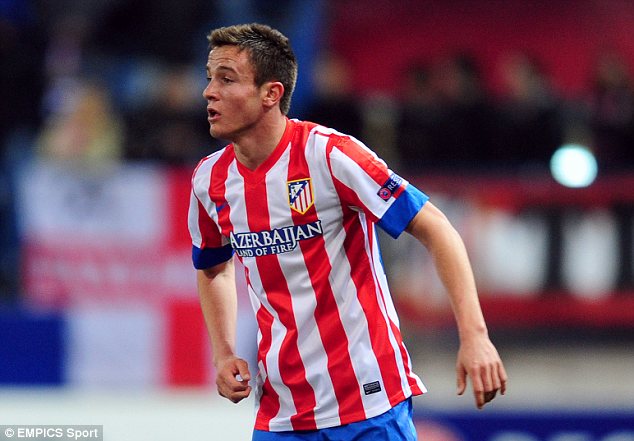 When Vicente del Bosque announced his Spain national squad for the upcoming international friendlies, many journalists and football fans questioned his decision to omit Atletico’s Saul Niguez from the side.

Saul is only 21. He is primarily a defender but is equally adept playing in midfield. Against PSV Eindhoven, the Spaniard played as a left-sided midfielder, which shows how versatile he is.

He has made more tackles (202) than any other player aged 21 in the last three La Liga seasons, and against PSV he won ariel duels (12) more than any other player in a Champions League match this season. No wonder, why heavy weight Premier League clubs are so keen to have him in their squad.

Manchester United wanted to sign him during the January transfer window, but the player wasn’t keen on a move to Old Trafford. He is frequently linked with a move to Arsenal as well, but Atletico have simply no intention of selling him at the moment.

The Red Devils are likely to make an offer for Saul in the summer as well, and may be they’ve a chance of getting him, as recent report suggests United are closing in on the signing the Atletico midfielder.

According to Spanish Don Balon, United have been given the green signal to complete a £31m deal for the midfielder. It is claimed that Saul, who is under contract until 2020, has changed his mind and will not sign a new deal at the Vicente Calderon.

English tabloid Daily Star reports that Manchester United are favourite to sign Paul Pogba, despite the player a) reportedly saying that he would love to work under Pep Guardiola at some point of time in the future and b) his agent Mino Raiola admitted that he had held talks with Barcelona in the past.

Everyone knows that Pogba was [Barcelona presidential candidate] Joan Laporta’s main target. Whether it is Laporta or whether it is someone else, it remains a possibility.

Juventus met with Barcelona but they weren’t able to take him in the end because they are banned from signing players until January. Paul chose to remain, for at least another year.

In future we will see, the door is open to all clubs. The player has a very high cost though. In the summer, Juventus rejected an €85 million offer from the Blaugrana.

That is not enough: Juventus valuate the player at €100 million. The top Spanish and English clubs [could] pay this, but Paris Saint-Germain and Bayern Munich shouldn’t be excluded.

Catalan newspaper Sport wrote an article last year where they presented a rough idea about the cost of signing Pogba. They believe Pogba would cost around €250-260m, and it is impossible for them to agree to such deals for one single player.

First of all, Juventus will not sell him for anything less than €100m. Pogba is young, four times Serie A winner, regular French international, and has established himself into a world class midfielder – his agent would ask for a minimum five-six year-contract for the Frenchman at €25m per year at least, that sums up to around €150m. Plus, there would be additional costs like bonuses, agent fees, and commissions that can easily take the figure to around €260m.

That’s a ridiculous amount of investment for United on a player who left the club five years back for free. Favourite, eh?