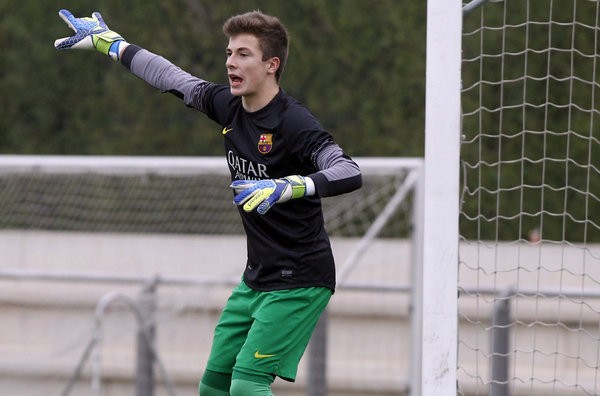 The 16-year-old goal keeper is a highly promising talent and he wants to stay at the club and grow at the Catalan club. He has told his close friends that he wants to succeed at Barcelona, but the Catalan giants are worried that Manchester United could offer more to prise him away from La Masia.

The Spaniard has a release clause of €3m, but United are not keen to pay that amount. They are in fact ready to offer him a lucrative personal deal and would like to negotiate if only the player show any interest in moving to Manchester.

Barcelona meanwhile believe that Peña will refuse offers from Manchester United and continue his development at the Catalan club.

David de Gea’s future has been heavily speculated in the media. The Spaniard has yet to sign a new contract at the club and could join Real Madrid in the summer. Peña is still young and not yet ready for first team actions but he has the talent to become a class goal keeper in few year’s time.