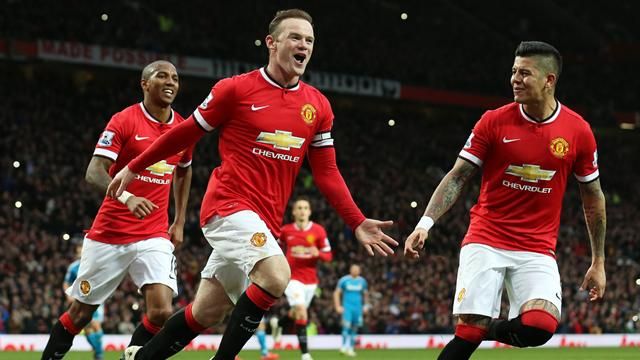 At one point last season, it seemed Manchester United could finish as high as second in the table. However, an unexpected dip in form towards the end of the season saw them finish fourth.

Dealing with a number of injuries throughout the season and a side that lacked genuine balance all across the pitch, Van Gaal has done reasonably well in his first season. The players took to his methods and he has laid the foundations for a successful side. This summer was always going to be very important for Manchester United and Louis Van Gaal.

It is imperative to build on the good work that has been done last season and strengthen the team in order to cope with Champions League football and challenge for trophies. Judging by last season, Manchester United had to fill a number of positions urgently in order to achieve some sort of balance in their side and plug the gaps.

A right back, defensive midfielder, goalscoring winger, centre back and an alternative to Michael Carrick were essential. So far, United have done exceptionally well to plug most of the gaps and address their weaknesses.

The likes of Darmian, Schweinsteiger, Depay, Schneiderlin are massive upgrades on what United had last season.

A solid defence has always been the foundation of a title winning side. The likes of Darmian, Schneiderlin will help United stay compact and improve on their defensive solidarity.

Darmian has been the best full back in Serie A for the past couple of seasons and will add much needed defensive protection on the right. While Valencia has been far from abysmal, he has been pretty poor in terms of his positioning and tactical pressing.

Furthermore, in Schneiderlin United will be getting the second best defensive midfielder in the league (only Matic is better). The former Southampton midfielder does an outstanding job in breaking up the play, recycling the possession and shielding the centre backs.

Only Chelsea and Southampton had a better defence than Manchester United last season. Both Arsenal and City conceded near about the same number of goals and demonstrated a similar defensive organisation.

If Van Gaal can keep the likes of Rojo and Shaw fit, he will have one of the best defenses in the country.

He is 31. He is injury prone. He has never played more than 30 league games in his last 5 seasons. But he is world class.

Van Gaal will have to manage Schweinsteiger carefully and the German captain can make a massive difference at Old Trafford. Much like Pirlo at Juventus.

Despite having the likes of Carrick and Herrera in the midfield, both of who are superb central midfielders, United lacked direction and control at times last season. Bastian Schweinsteiger will help United control the game from deep. His physicality and defensive contribution could see him form a formidable partnership with Morgan Schneiderlin, probably even better than the outstanding duo of Fabregas and Matic.

Wayne Rooney can finally do what he does best

Wayne is a striker and a bloody good one. But having the likes of Van Persie, Falcao in the side meant that someone had to sacrifice and it was always Wayne Rooney popping up in different positions to help the team.

But the England captain is the number one striker now and can play in his favoured position with lot of support from Juan Mata and Memphis Depay (hopefully Di Maria too if he stays).

When played as a striker consistently, Rooney has shown that he is one of the best around. The likes of Mata and Depay can now be the versatile options in the squad playing all across the front three as well as in the free role leaving Rooney to concentrate solely on his job as a striker.

As far as rumours are concerned, United are still looking for a centre back and if they manage to land the likes of Otamendi, that would wrap up a phenomenal window for them.

But judging by the transfers they have made so far, it is evident that they are good enough to challenge for the title, especially with City lacking considerable balance in their side.