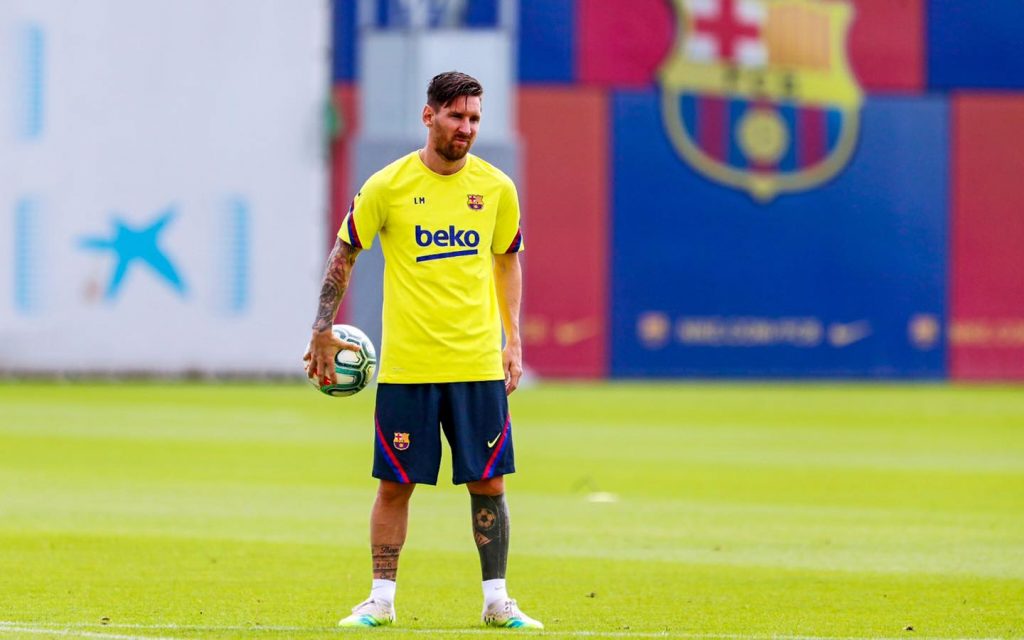 Manchester United player prefers a move to defending Spanish champions Real Madrid instead of Barcelona, much to Lionel Messi’s disgust.

United fended off interest from Barcelona and Real Madrid last summer to sign Donny van de Beek. The midfielder has failed to cement a spot at the Old Trafford and has been linked with an exit just six months into his first season, according to Diario GOL.

With the European Championship approaching, Frank de Boer has urged the former Ajax Amsterdam superstar to nudge for regular minutes to continue featuring for Netherlands.

Even though Ole Gunnar Solskjaer has given him assurances, van de Beek remains linked with a transfer to Barcelona or Madrid.

Ronald Koeman had supposedly requested his compatriot’s signing with Messi also keen on his arrival at the Camp Nou. However, it now looks like the 23-year-old has turned down the Catalans and prefers to join arch-rivals Madrid instead.

Donny van de Beek was within touching distance of joining the Whites last year, but the coronavirus scuppered those plans.

The Dutchman remains keen on a move to Santiago Bernabeu and is even willing to take a pay cut for it, which comes as a blow for Messi and Koeman considering they both personally wanted him.

He has played just 21 times and for less than 900 minutes in this campaign, assisting and scoring once each. The numbers for a young and promising player like him simply do not look good and he could be compelled into leaving in a developmental phase of his career.

What do you think about the player’s ostracised situation with the Red Devils?