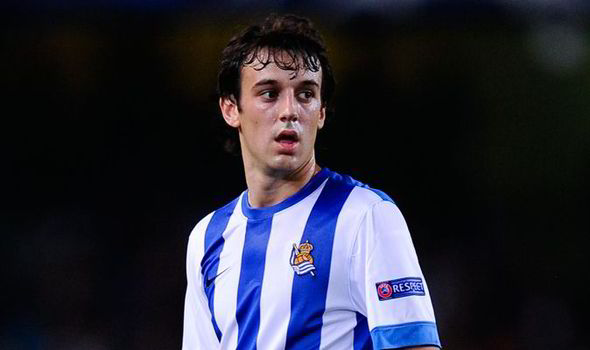 Manchester United and Liverpool target Ruben Pardo is close to signing a new deal with Real Sociedad which will keep him at the club till 2019, according to Spanish daily Marca.

The Spanish under 21 star is one of the most sought after stars in Europe with Manchester United, Liverpool and Arsenal all being interested according to reports.

But Pardo is now one the verge of committing his future to Sociedad in a lucrative deal that includes the whopping buy-out clause of  £30m to end speculation concerning his future.

The 21-year-old signed his current deal last year in February extending it to 2016. However he didn’t want to commit his long-term future to the club after falling out with the then manager Philippe Montanier.

But under new boss Jagoba Arrasate, who previously coached Pardo in the youth ranks, emphasised his faith in the midfielder and maintained that the youngster features in his long term plans at the club.

Pardo stepped up to the first team from Sociedad’s B side in the summer of 2011 and has since then impressed with his dazzling quality on the ball. A deep lying holding midfielder likened to Real Madrid’s Xabi Alonso, Pardo is equally adept at taking set pieces and his passing ability is beyond his tender age.

The Spaniard first caught the eye at the 2011 European Under-19 Championship, helping his side win the tournament and he also lifted the 2013 European Under-21 Championship. In 31 La Liga appearances this season, he has scored 3 goals and set up 7 goals to his credit.