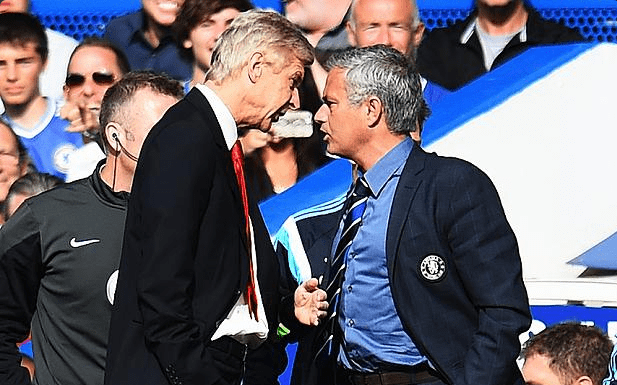 Manchester United have had a mixed start to the season and José Mourinho is already under a lot of pressure from the fans and the media.

The Portuguese manager spent millions on new signings during the summer transfer window, but his side are currently sixth in the league standings, eight points behind league leaders and arch rivals Liverpool.

It seems that things might be going from bad to worse for the new Manchester United manager. The Red Devils face Arsenal in the Premier League this weekend and Mourinho could be without seven key players for the must-win game.

United cannot afford to drop more points right now, and considering Arsenal’s recent run of form, they will need all of their best players fit and firing to get something out of this game.

The Telegraph are reporting that Mourinho will be without Chris Smalling, Eric Bailly, Antonio Valencia and Zlatan Ibrahimović for the Arsenal game.

Furthermore, Luke Shaw, Marouane Fellaini, and Wayne Rooney are doubts for this weekend as well. Fellaini suffered a calf injury against Swansea, Rooney has a swollen knee, and Luke Shaw is feeling pain in his right leg. Smalling, Bailly, and Valencia are out with long term injuries. The Swedish striker is suspended.

Mourinho has always had an upper hand in games against Arsène Wenger, and this will be a great chance for Arsenal and the French manager to pile further misery on Mourinho with a win.

Manchester United need to turn their season around soon, or it could be curtains for the Portuguese tactician. His job will not be made any easier after all the injury problems in his team, but there is no doubt that he has the tactical expertise to grind out a result in the face of all obstacles.