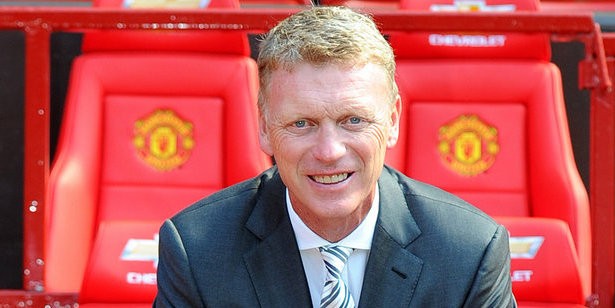 Manchester United have yet to make any major signing this summer and quite naturally there is a constant susurration of frustration amongst the Red Devils fans.

The feeling is further exacerbated when taking into consideration that nearest title challengers Manchester City and Chelsea have strengthened their squad considerably. Of course, when you’re at the top, the focus rests solely on your own performances, than concentrating on others.

Breaking away from the suzerainty of Sir Alex Ferguson after more than two decades, the club has stepped into a new era under David Moyes. It is his first transfer window at the new club and quite expected that not all things will fall in place for him.

Defence and Midfield were the two areas Moyes identified as so-called-weakness where reinforcements need to made in the summer. In the left-back position, the Scot has targeted Leighton Baines of Everton – a player he knows very well, with a deal being a possibility.

United have been linked with few players like Ezequiel Garay and Mats Hummels for the position of central defenders. It is reported that the club is looking to add a quality defender to the ranks to replace the often injured Nemanja Vidic and ageing Rio Ferdinand.

But frankly, how many central defenders do United need? They already have five centre-backs at their disposal; three of whom are young and highly talented. The only thing that should bother the Scotsman is the injury scares of his players. Last season, at some point of time, Vidic, Smalling and Jones were all absent through injuries. And this is something which is beyond any manager’s control.

Now, let us shift our attention to the midfield, rather more precisely central midfield. This is indeed one area that needs strengthening, as the Red Devils lack enough depth in terms of bodies and quality as well. There is a need to fill the void left by club legend Paul Scholes while the chronic health problem to Darren Fletcher has forced United to delve into the transfer market.

Those who are comparing with Man City’s summer spending spree are forgetting the fact that City needed to bridge up the chasm of difference that developed last season between the two teams. They have either bought players that are upgrades on current bunch or replaced the departing players with newer types. For instance, neither Jovetic nor Negredo are upgrades on Balotelli and Tevez (yes, upgrade in the sense they are not trouble makers) in terms of talents – they are just different sorts of player that the new manager wants to use.

United’s case is completely different. They are looking for one or two players only in the form of cherry pickings that will add tremendous quality to their first team.

They have been linked with several midfielders in the last few month like Kevin Strootman, Victor Wanyama, Thiago Alcantara, Cesc Fabregas and Marouane Fellaini. But were United really serious on all of them? The fact that Strootman and Wanyama joined Roma and Southampton (not disrespecting both the clubs) that are not among the creams of Europe – raises this question even more. Was it too hard for a club like United to tempt such players that joined mid-table clubs/clubs without Champions League football if they were really that serious?

Likewise many things have been said and written about Thiago Alcantara and United’s failure to land him. Isn’t it baffling that the same club that can lodge £35 million for Cesc Fabregas couldn’t string out £18 million odd for a player to activate his release clause, if he was really United’s top priority?

No wonder why Thiago himself has cleared the air of confusion by saying “The truth is that in no moment did United come to us and talk to us. It came from the press, it was always a lie”.

Fabregas is one of such players, for whom United are really serious about. Moyes himself has made it public, Barcelona’s new boss has made it public and so there’s no fuss in it. But is it easy to get a deal done for a top player like Fabregas?

United are trying their level best and have lodged three bids already for him. One has to understand the dynamics of transfer market as well. Are there too many players in the market at the moment that are as good as Fabregas? Moyes probably won’t buy any player just for the sake of it.

Likewise, Fellaini is one of those players, who Moyes knows personally but probably he doesn’t want to sign him without giving it all to try and sign Fabregas.

Moyes himself has admitted that money is there to spend but the club will only use it for the right players. Again, finding the right player for the club is difficult and equally difficult is getting the player if the market situation is not favourable.

One can definitely say that more proactive approach was needed from United management. Experience from the top order might be a factor that has halted the progress. May be. But can one really blame them?