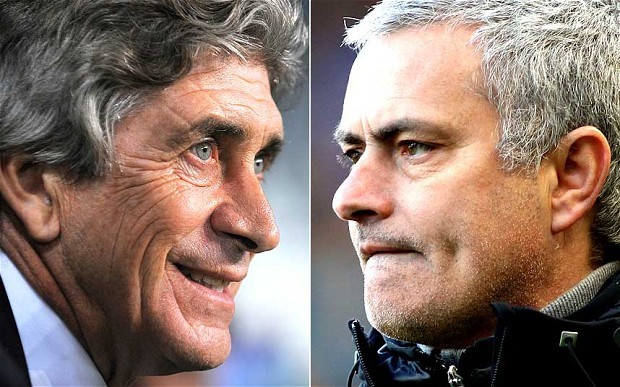 There is never a quiet week in the English Premier League, with the big games coming thick and fast. This weekend only sees the second game-week of the season, but features a match that could throw up some big questions. Last season’s runners-up Manchester City host the defending champions Chelsea at the Etihad Stadium on Sunday, looking to open up a 4-point lead over the Blues.

In this section, we look at how City shape up ahead of this match and what they need to do to win.

Manuel Pellegrini’s men are the most in-form team in the league, if we take into account the end of last season as well. They won 6 on the bounce in the last couple of months of the 2014/15 campaign to cement their top 2 status, before beginning the current one with a resounding 3-0 win at the Hawthorns over West Bromwich Albion. The best thing about this win was that three players criticised for their lack of fight last year – Yaya Toure, David Silva and Vincent Kompany, all got on the scoresheet.

They are looking to get back stronger than ever after the disappointment of last season, and the £49 million spent on Raheem Sterling in the summer is a clear indicator of their intent. There may be further big incomings in the last 15 days of the transfer window as well, with Kevin De Bruyne and Pedro being mentioned as potential targets.

What do they need to do to beat Chelsea?

While City are riding high on confidence, Chelsea are a wounded animal at the moment. Their opening day draw against Swansea City at Stamford Bridge was followed by a week laden with controversy over the demotion of the club doctor Eva Carneiro. This was after Jose Mourinho publicly slated his medical team’s lack of footballing knowledge as they rushed to treat Eden Hazard’s minor injury towards the end of that game.

The Blues need a positive result, but face one of the biggest tests there is in the Premier League. City need to establish their dominance from the start, and not allow Chelsea to get a foot-hold in the game. The likes of Toure and Silva are brilliant when their side is on top, but can go missing if the opposition start to dominate. Therefore, it is imperative for City to get on the front foot right from the first whistle, and not let the likes of Cesc Fabregas and Eden Hazard have any influence. A very obvious weakness which came up in Chelsea’s performance last week was their defence, which, quite surprisingly, was breached time and time again by balls over the top from midfield. Bafetimbi Gomis passed up several opportunities to score, but Sergio Aguero will surely not. The Argentine will seize every chance he gets to get in behind John Terry and Gary Cahill, and with Silva’s pin-point passing ability, City will fancy their chances. Sterling will be up against Branislav Ivanovic on the right and while he is no match for the Serbian physically, his pace can be put to great use. Ivanovic has a habit of wandering forward and if he gets caught of position, Sterling is sure to punish him with his blistering speed.

Despite Mourinho’s fantastic unbeaten record against the big sides in the last two seasons, there is no doubt that City go into the game on Sunday as big favourites. They will need to justify that tag by getting out of the blocks quickly and scoring an early goal. Several cracks appeared in the Chelsea side last week, and the visitors could buckle under further pressure. It may be early in the season, but opening up a gap over the defending champions can only do the Citizens good.