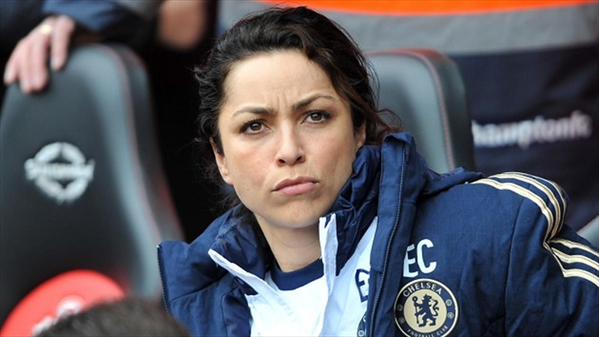 Manchester City made the most-impressive start to the 2015-16 Premier League season after they topped the table in week 1 with a 3-0 thrashing of West Bromwich Albion at the Hawthorns on Monday night.

Manuel Pellegrini’s side dominated possession as they created the most chances, leading 2-0 at half-time thanks to Yaya Touré.

Chelsea head into week 2 in almost a must not lose situation after dropping two points at home to Swansea City last weekend. Much of the news during the week has focussed on the physio – will José Mourinho use this distraction as an opportunity to fire his team up to get a result at the Etihad?

Manuel Pellegrini didn’t start his South Americans on Monday after they participated in the Copa América earlier this summer, but both Pablo Zabaleta and Sergio Agüero should be ready to start this weekend’s big match.

Fabian Delph is the only injury concern to the 2013-14 Premier League champions who will be looking to open up a five-point lead over their title contenders.

José Mourinho has no injury concerns, meaning these two sides can field their strongest lineups minus Courtois on Sunday. 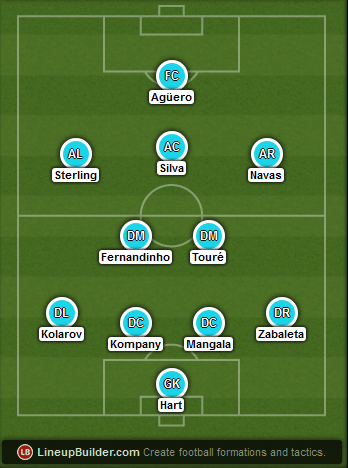 Pablo Zabaleta replaces Bacary Sagna and Sergio Agüero is in for Wilfried Bony as Manchester City’s two changes from Monday night. Raheem Sterling was a threat to the Baggies down that left wing – if the forward improves his finishing he’ll be scoring double figures this season. David Silva pulls the strings for the number 10 role. Defensively, Chelsea will likely look to exploit the Argentine right-back and Eliaquim Mangala down that right side, but they could also get some change out of Aleksandar Kolarov too. 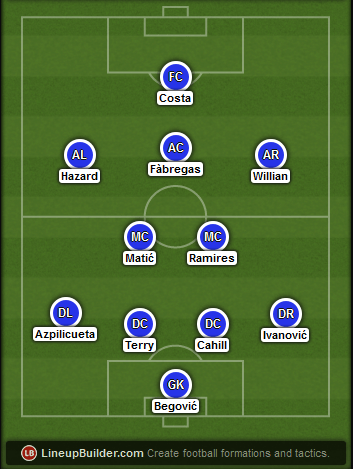 Chelsea are forced into making a change in goal but we can also expect Ramires to play instead of Oscar as Mourinho likes two holding midfielders versus the top teams. Cesc Fàbregas had a quiet opener but he’ll play the number 10 role against Diego Costa who didn’t force a single save out of the Swansea City goalkeeper last weekend. Eden Hazard is a good matchup against Pablo Zabaleta.

Eden Hazard vs Pablo Zabaleta
Assuming that Pablo Zabaleta gets the nod ahead of Bacary Sagna the Argentine is in for a tough start to the 2015-16 Premier League season up against the best player in the league. Eden Hazard will be looking to take the ball past Zabaleta and either create chances or win free kicks in the process. With Eliaquim Mangala likely to play, Diego Costa should be able to find some space inside the penalty area. Look out for Hazard to find space in the middle too when he drifts inside, with Fernandinho and Yaya Touré not the best man markers.

Sergio Agüero vs Chelsea defence
Jonjo Shelvey was able to cause Chelsea’s centre-back pairing real problems with his through balls from deep last weekend. If he and Bafétimbi Gomis can do that, we’re certainly thinking Yaya Touré and Sergio Agüero can pass the ball around Nemanja Matić too. Of course, Mourinho will have devised a strategy in training this week to try and prevent that. None-the-less, the Chelsea defence keeping Sergio Agüero quiet in this match is a must if they want to take all three points, or maybe even a point away from the Etihad.

David Silva vs Ramires
If Chelsea don’t go around Nemanja Matić then they will be looking to David Silva to go Ramires. The Spaniard caused West Brom real problems, much like he did to a lot of defences last season. He drifts out wide and into space generally, but Chelsea will be find as long as their Brazilian playmaker sits on him, as he’s done well against other opponents in the past. This would free up space for Yaya Touré down the middle for which Chelsea would be looking at Nemanja Matić to deal with. If Silva does finds time and space on the ball, he has plenty of attacking options to pick out.

2 – Jonjo Shelvey completed more through balls versus Chelsea than any other player did in their opening weekend fixtures.

58% – José Mourinho has won seven of his 12 matches versus Manuel Pellegrini as a manager, losing only twice (D3).

693 – Manchester City completed 693 passes at West Brom – 212 more than any other team on the opening weekend.