Manchester City vs Chelsea: Ninety minutes to save the league? 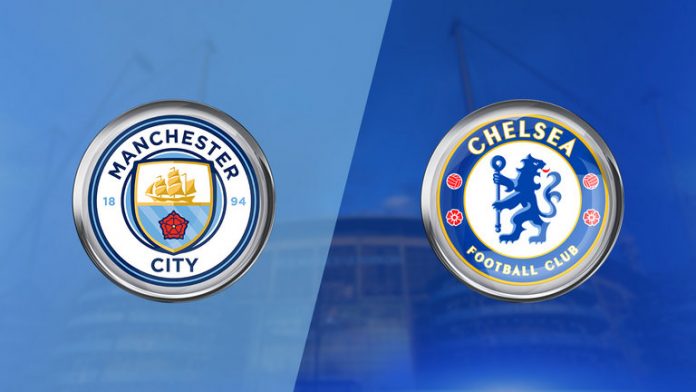 It’s OK, I’m only joking. Well, a little bit anyway, but when Chelsea rock up at Eastlands for the Monday night confrontation with Manuel Pellegrini’s Manchester City team, it just could be the deciding game of the league campaign.

City’s midweek dismissal of what many thought would e a stern test offered by Tottenham is  an illustration of just how rampant this team can be. Afterwards, Tottenham manager Tim Sherwood virtually anointed City as champions already, and declared that they were “playing football from another planet.” It’s not quite true, but having seen his team battered 1-5 at home, you have to understand how he felt. And you’ll see why I say that in a moment. Pellegrini’s team is getting to the stage now where almost regardless of what the opposition do, on matter if they fall behind, there is a case-hardened belief that City will still win. The confidence in City’s team is a massive bonus to the, but what’s almost important is that the same sort of belief – but in reverse – is beginning to take hold with their opponents.

I have to confess that I can’t remember who said it, but many years ago, when Liverpool were not only dominating English football, but also monopolising the European Cup as well, one visiting manager said about going to Anfield that “you always get a nice cup of tea and a good hiding.” This was the sort of inferiority complex that the Anfield team had inflicted on their opponents, and this where City are getting to with their performances this season.

Already their ‘title rivals’ Arsenal, Liverpool, Everton and even Manchester United have visited Eastlands. I don;t know if they enjoyed a nice cup of tea, but each received a hiding of various degrees from the home team. City’s early season travails when they lost to Aston Villa and Cardiff now seem well distant, as they have adopted a steamroller approach to crushing teams, rather than merely beating them. The only ‘rival’ team to have humbled City so far as been Chelsea when the Nastasic/Hart howler allowed Fernando Torres to nip in and snaffle the three points. And this is why Monday’s game could be so pivotal.

If City do their normal demolition job on Mourinho’s team, the belief of invincibility will continue to grow both within City and their upcoming opponents. If however Chelsea can prevent the home team winning, even a draw would e sufficient, the Blues would not only have a winning head-to-head tally with them, but also stay in touch at the top. The bonus would be of course an opportunity to puncture City’s self-belief a little and foster hope in other teams in the league that the league leaders are not invincible. With City then having to visit the rivals mentioned above, that summarily dismissed at home, it could be a whole new ball game.

The league that a month or so ago looked wide open could become a closed deal on Monday. If Chelsea can dent the 100% home league record of the Eastlands club however, perhaps it may not be all over yet.