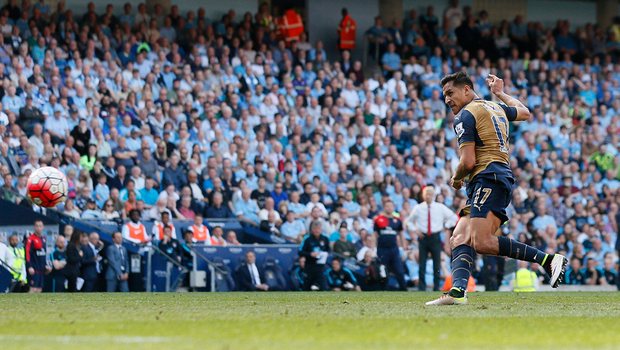 Manchester City and Arsenal played out a thrilling draw at Etihad in the Premier League this evening.

The draw will come as a major boost to Manchester United who are now in the driving seat for a top four finish. The Red Devils just need to win their next two matches in the Premier League to secure their place in next season’s Champions League.

The home side went ahead when Sergio Aguero scored early on in the first half. Fernandinho cleverly nodded the ball down for the Argentine, who finished with a low drive. 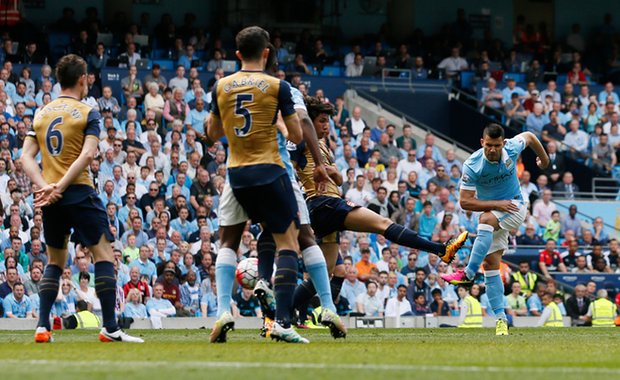 Giroud brought the visitors on level terms two minutes later when the French striker headed in from a corner.

Kevin De Bruyne seemed to have won the game for Manchester City with an outstanding solo goal in the second half. The Belgian began his run just inside the Arsenal half, leaving a trail of opposition players in his wake and drilled a precise low shot inside Cech’s near post. 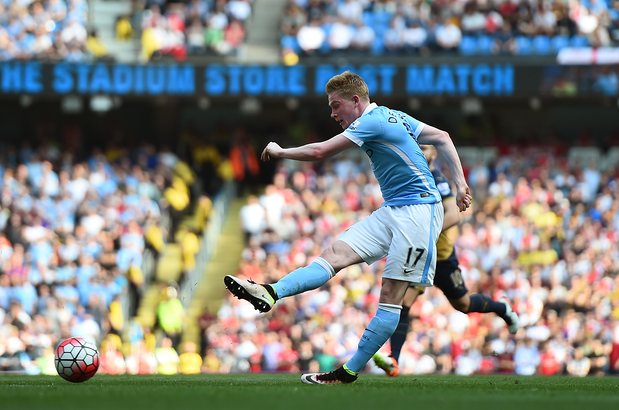 The home side’s joy was shortlived as Alexis Sanchez grabbed the equaliser and snatched a point from Manchester City. The Chilean did well to clip Giroud’s layoff into the net with twenty minutes remaining.

When you’ve won six league titles in seven seasons but realise you could be heading for the Europa League #MCFCvAFC pic.twitter.com/qceytmNih7

Shocking performance from @MCFC fans. Stick around and give Pellegrini the send-off he deserves! Disgusting way to see him leave. #MCFCvAFC

The next two games will show what LVG is made of : excuses or action. #MUFC #MCFCvAFC