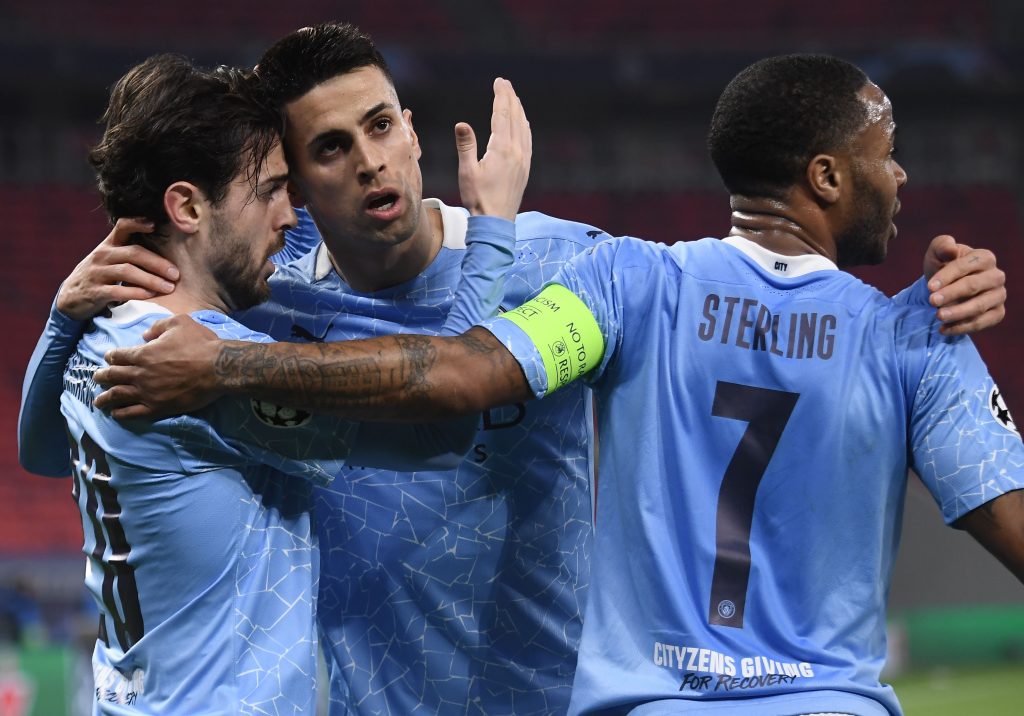 A section of Manchester City fans on Twitter were delighted with the showing of Joao Cancelo during last night’s Champions League game against Borussia Monchengladbach.

The Cityzens made the trip to the Puskas Arena in Hungary for the first leg of the round of 16 tie and managed to prevail with a comfortable 2-0 win.

Chances were at a premium against an organised Monchengladbach outfit and it needed a moment of brilliance from Cancelo to unlock the defence in the 29th minute.

The 26-year-old has played in both full-back positions this term and has been given the freedom to push forward to join his teammates in the attack.

He started at left-back yesterday and delivered a superb cross from an attacking midfield position to put the ball on the plate for Bernardo Silva to head in the opening goal.

The Cityzens eventually won the game 2-0. Gabriel Jesus netted shortly after the hour mark through an assist from Silva, who was found out by another sublime Cancelo cross.

Hence, Cancelo was chosen as man of the match and that was no surprise as he produced another influential performance.

The versatile defender had a 93 percent pass accuracy and delivered 100 percent of long balls attempted.

He also won seven duels while managing four take-ons, three crosses, two interceptions. Aside from his stellar assist, he played a part in the build-up to the second goal.

Cancelo had a difficult first season with the Cityzens last term but has made a terrific comeback and is now one of the best-performing full-backs in Europe.

He was purchased from Juventus for £27.5 million with Danilo moving in the opposite direction and that appears a big bargain with the way things have panned out for him this season.

His performance against Monchengladbach pleased a large section of the club’s faithful and here are some of the reactions on Twitter.

One of the biggest bargains in our clubs history pic.twitter.com/AreeAvwf66

Joao Cancelo is a world class right back, left back, central midfielder, attacking midfielder, right winger, left winger and even inside out left striker the guy is that good at football.

Joao Cancelo is the best full back in the world.
Pass it on. 😋 pic.twitter.com/g7vxCogjod

João Cancelo is sheer class, it seems in all games he gives 100% each time Imo he is worth every penny! 🙌🏻 pic.twitter.com/oErmaylxxq

There should be a new phrase called the “Cancelo Role”. What he does in this City system is quite unique. Not sure I’ve ever seen it before

With the victory, the Cityzens have won a stunning 19 consecutive matches across all competitions.

They will return to Premier League action against West Ham United on Saturday and will be aiming to extend their 10-point lead at the top of the table.

Stats from Squawka.com and Transfermarkt.com