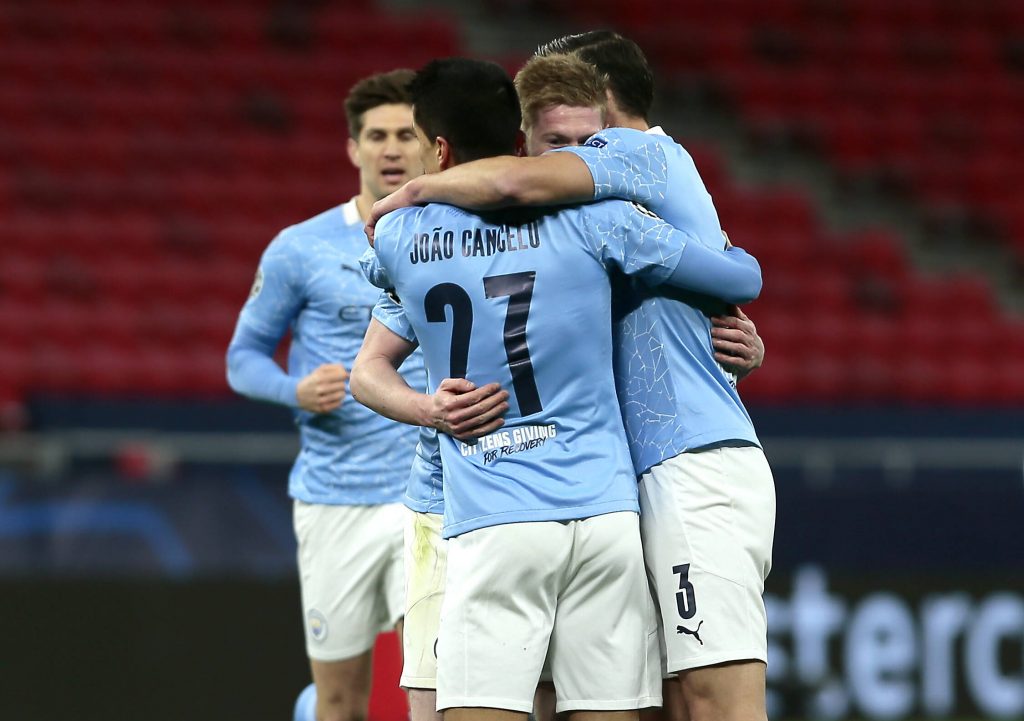 Manchester City have qualified for the quarter-finals of the Champions League, comfortably seeing off Borussia Monchengladbach 4-0 on aggregate.

The Bundesliga side came into the game needing an astonishing comeback, having lost the first leg 2-0.

It was almost the perfect start for Pep Guardiola’s side, who went close in the seventh minute through Phil Foden. Joao Cancelo floated a ball over the top for the youngster, but his poked effort was saved by Yann Sommer.

Not long afterwards, it was 2-0. Foden weaved a through ball to Ilkay Gundogan, who slotted home for his 15th goal of the season.

For the remainder of the first half, the Cityzens were in total control, boasting 69% possession while coming under little threat.

The second half continued similarly, with the English side continuing to dominate the ball. There was little in the way of chances at either end, with Riyad Mahrez the only one coming close to changing the scoreline.

Man City held out for a comfortable 4-0 aggregate victory to reach the quarter-finals. They join Liverpool, Paris Saint-Germain, Borussia Dortmund, Porto, Real Madrid and two other teams in the draw for the next round.

What a goal. What a performance. What a player.

Kevin De Bruyne once again used the Champions League to showcase his mesmerising quality with an incredible display.

The Belgian ran the show from start to finish, winning the ball, keeping possession, spraying passes, dribbling past players and creating chances.

Not to mention, he opened the scoring with a frankly outrageous goal.

If Man City are to break their European duck, De Bruyne is a player they will need to be on top form.

Manchester City – on course for the quadruple?

It’s very rare to see a club win four major trophies in one season. In fact, no English side has ever done it. The closest were Manchester United in 1998/99, but a Worthington Cup quarter-final defeat against Tottenham Hotspur prevented them from doing so.

The Cityzens are running away with the Premier League title, and they’re also in the final of the Carabao Cup against an out-of-form Tottenham side. You’d fancy them to pick up these two trophies at the very least.

Meanwhile, they’re in the quarter-finals of the FA Cup. While there are still three stages left and some top sides remaining in the competition, they’re still the team to beat. In addition, the likes of Liverpool, Tottenham Hotspur and Arsenal have already been eliminated.

That leaves the Champions League, which has been Man City’s Achilles heel over the years. Since Guardiola arrived at the Etihad Stadium, they have failed to progress past the quarter-finals, being eliminated by Monaco, Liverpool, Spurs and Lyon in the last four seasons.

This time around, they’re in flying form and have little else to focus on. There’s no intense title race to rotate for. No more box office clashes with bitter rivals. Just a straightforward end to the league season, a Carabao Cup final and an FA Cup fixture or two (or maybe three).

Of course, winning the Champions League is never easy, but this year feels like their best chance to do so. Their stellar squad, incredible form and lack of major distractions make them an enticing bet for the trophy.

But how are they able to compete on all four fronts in such style? How come very few other sides have been capable of it?

Well, the answer is simple – squad depth. Man City have it in buckets.

Nathan Ake, Aymeric Laporte, Eric Garcia, Benjamin Mendy, Oleksandr Zinchenko, Fernandinho, Raheem Sterling, Ferran Torres, Sergio Aguero, Gabriel Jesus – these are some of the players LEFT OUT of their starting XI on Tuesday. And yet, they still won resoundingly.

There’s still a long way to go, but we could be witnessing history from this Man City side.